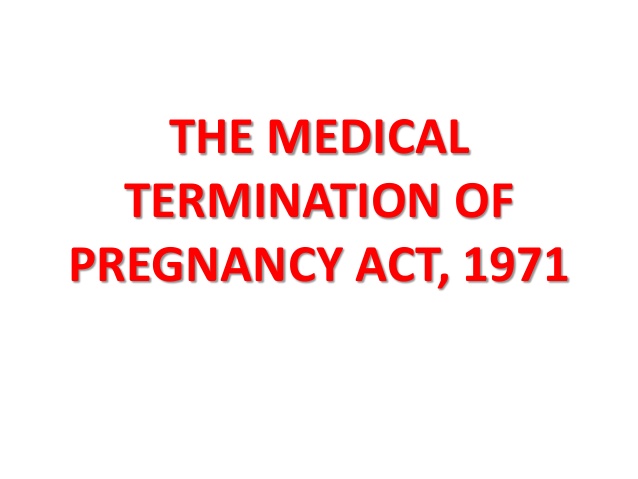 In cases where pregnancy is a result of physical abuse and the subsequent birth of a child would cause physical disabilities and mental trauma to the pregnant woman, the victim may, with prior permission of the Court, be excused from the 20-week limitation imposed by the Medical Termination of Pregnancy Act. A Division Bench comprising of Justice KK Tated and Justice Abhay Ahuja while adjudicating the matter in X v. State of Maharashtra [WRIT PETITION (L) NO. 11131 OF 2021], dealt with the issue of terminating the pregnancy of a minor at her 23rd week of pregnancy.

The petitioner, a minor girl, aged 16 years filed an FIR, under section 376 of the I.P.C. for rape, and under sections 4, 8 & 12 of the Protection of Children for sexual assault and sexual harassment. The victim was raped by accused residing nearby. As a result of sexual offence, the victim became pregnant. Petitioner did not get her menstrual cycle for three months. Petitioner’s mother noted change in the Petitioner’s abdomen area and so took her to local clinic for check-up, where doctor after examination informed Petitioner’s mother that Petitioner was pregnant and sent the Petitioner for medico-legal checkup to R. N. Cooper Hospital. The said test was conducted on 23rd April 2021 and police were informed. Medical examination of Petitioner revealed that, she was pregnant and pregnancy was of 20 weeks gestation. Since the pregnancy had exceeded the statutory period of 20 weeks prescribed under the Medical Termination of Pregnancy Act, 1971 (the “MTP Act”), Petitioner is sought permission from this court to terminate her pregnancy.

The learned Counsel for the petitioner relied on a few judgments passed by the Hon’ble Supreme Court as well as different Division Benches of this Court dealing with the issue of granting permission for termination of pregnancy even after the statutory period of twenty weeks provided under the MTP Act was over. He submitted that the mental trauma that the victim petitioner is undergoing because of the pregnancy caused due to the offence of rape was causing. serious injury to her mental health. Besides this, there was inherent risk to her life because of pregnancy at such a tender age.

The Court upon considering the aforesaid facts, allowed the petitioner to undergo medical termination of pregnancy and stated that; “Continuation of pregnancy of minor may lead to pregnancy related complications like anaemia, pregnancy induced hypertension as well as increased operative interference during labour; also going to have psychological impact on pregnant minor with uncertain future; and that termination of pregnancy at 23 weeks will carry risks similar to delivery at term and though at 23 weeks of gestation, termination of pregnancy carries substantial risk to pregnant minor, continuation of pregnancy will have both physical and mental stress to minor mother. The members of the Board have opined that the pregnancy can be terminated with permission of this Court. Further, where a pregnant woman, the length of whose pregnancy has exceeded 20 weeks, seeks to terminate such pregnancy on the ground that its continuance would involve grave injury to her physical or mental health or where there is a substantial risk that if the child were born, it would suffer from such physical or mental abnormalities as to be seriously handicapped, such pregnant woman will have to seek permission from the High Court and unless such permission is granted, no registered Medical Practitioner can terminate such pregnancy.”