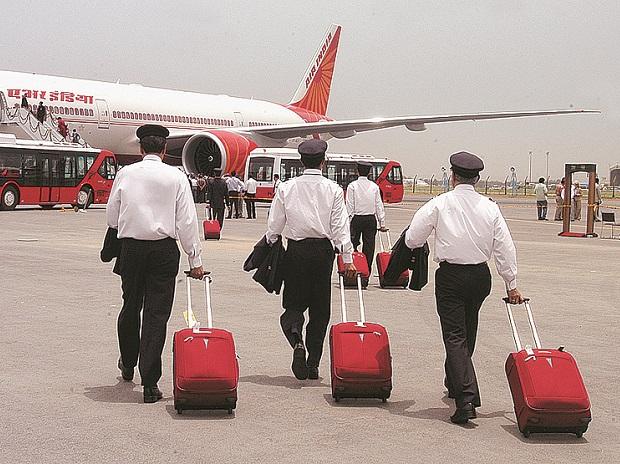 Reports of the DGMS (Air) do not recommend heavy testing through Breath Analyser method, owing to the prevalent circumstances. The blood alcohol test has been rejected by the Committee and this court would not like to substitute its judgement over the same. There is however no doubt that testing for alcohol cannot be completely exempted in as much as the same could be detrimental to passenger safety. While maintaining a balance between the interest of the personnel as also passengers, directions would have to be issued. This was held in AIR TRAFFIC CONTROLLERS GUILD (INDIA) v. BUNION OF INDIA & ORS[W.P.(C) 2946/2020 & CM APPLs. 10239/2020, 10240/2020] in the High Court of Delhi by a single bench consisting of JUSTICE PRATHIBA M. SINGH.

Facts are that the Petitioner, is the representative association of the ATCs working under the Airport Authority of India, and ATCs are subjected to random BAT which uses equipment that could result in the spread of the COVID-19 virus. As BAT is prejudicial to the interests of the ATCs petitions have been filed seeking as an interim measure to suspend the use of BATs.

The counsel for the Petitioners in the two writ petitions submitted that the Breath Analyser test ought to be conducted in an open area so that the safety of the ATCOs is taken care of. The counsel appearing for the commercial pilots submitted that the cap on the personnel to be tested should be reduced to 5% instead of 8% and that the DGCA should publish a revised protocol in a comprehensive manner so that it is duly adhered to in all the airports across the country.

The counsel appearing for the DGCA submitted that an attempt shall be made to conduct the Breath Analyzer test in an open area, as far as possible. The DGCA had taken a decision, to the effect that not more than 6 persons shall be tested in one hour and the testing would be random, for pilots and cabin crew with a maximum of 8 to 10% of the personnel being tested. She submitted that Rapid Antigen Testing will create a  longer waiting time and hence could create overcrowding.

The court made reference to WP(C) 4990/2021 a prior petition filed by Indian Commercial Pilots Association wherein the court had directed the constitution of a technical committee under the DGMS(Air) and had sought a report. The report from the DGMS (Air), was received, wherein the Committee has commented that, “ (a) Related to continuation of Breath Analyser Test (BA Test) – Keeping in mind the safety of passengers as also the safety of the personnel including the pilots, cabin crew, air traffic controllers etc, complete suspension of BA Test may prove counterproductive and hence not advisable. As a deterrent measure, random test in a day may be conducted by the organisation concerned in alignment with international regulations. It is proposed that random testing may be conducted and the number of tests per day may be decided by DGCA depending on operational requirements both domestic as well as international, and considering the best international practices followed worldwide. The precautions/safe guards while conducting the BA Test proposed in the DGCA Order No. DGCA-15031/4/2020-DAS dated 27 Apr 21 are appropriate and adequate.”

Considering the facts of the petition and keeping in mind the need to contain Covid 19 spread, the Court directed that all the staff of airlines, including ATCs, pilots and cabin crew, would be bound to give undertakings and declarations in respect of not having consumed alcohol, in terms of the applicable regulations, failing which strict action would be taken including off- rostering and suspension, in accordance with the applicable rules. The court also directed the DGCA to issue a comprehensive guideline urgently, with all the requirements and the protocols to be followed for the administration of BAT.