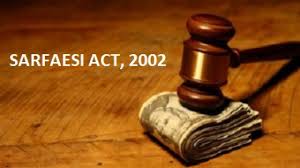 A court may refuse to hear an appeal on merits involving the exact disputed parties, if its prior order has been willfully disobeyed. This was observed by the quorum of judges Vipin Singh J. and Rekha Palli J. in the matter of Sheikh M. Maroof v Phoenix Arc Pvt. Ltd. [W.P.(C) 4539/2021] where the petitioner had willfully flouted the orders of court for repayment by the Debt Recovery Tribunal (DRT).

The court relied upon the judgment of M/s Prestige Lights Limited v. State Bank of India [Civil Appeal No.3827/2007] wherein the court decided that an order passed by a competent court interim or final- has to be obeyed without any reservation. If such order is disobeyed or not complied with, the Court may refuse the party violating such order to hear him on merits.

Thus, a Court which has competence to pass an order – interim or final, is entitled to take notice of its disobedience and in a given case the “drastic step” of denying a hearing to the party disobeying the order may be taken in the larger interest of justice, when the party obtaining interim relief, intentionally or deliberately, flouts such order by not abiding with the terms and conditions on which the relief is granted by the Court in his favour.

The court observed that the petitioner gave an undertaking to the DRT, which he dishonoured, and his only excuse was that if he would have not given the undertaking to vacate the properties, he would have lost the possession of the properties in question. This meant that when he gave the undertaking, he did not even intend to fulfil the same. The bench sought that it could be well amount to cheating. Similarly, before the DRAT, he obtained a conditional interim order of protection against dispossession and failed to fulfil the condition, and continued to enjoy the interim protection granted by the DRAT.

The court sounded judgment that, “For the aforesaid reasons, we are not inclined to exercise our discretionary jurisdiction of judicial review in favour of the petitioner. We, accordingly, dismiss the present petition, along with the pending applications, with costs quantified at Rs. 2,00,000/- to be paid to the Delhi High Court (Middle Income Group) Legal Aid Society within two weeks.”