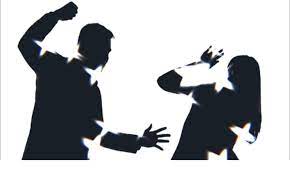 Lack of direct physical skin-to-skin contact without sexual intent and without penetration would not amount to ‘sexual assault’ under the Protection of Children from Sexual Offences Act,2012. A single-judge bench consisting of Justice Pushpa. V. Ganediwala while adjudicating the matter in Satish v. State of Maharashtra; [2021 SCC OnLine Bom 72] dealt with the identification of what is a sexual offence and under which statute can it be punished.

Upon considering the aforesaid facts, the Court held that the act of pressing the breast of the child in the absence of specific details as to how he committed the sexual offence i.e., whether he removed the top or he inserted his hand inside top and pressed her breast, would not fall in the definition of ‘sexual assault’. The Court held that such an offence would fall under Section 354 of the Indian Penal Code i.e., Assault or criminal force to a woman with intent to outrage her modesty. As there was no direct physical skin-to-skin contact, with sexual intent without penetration, the appellant was acquitted under Section 8 of the POCSO Act and was convicted under Section 354 of IPC. The Court concluded by stating; “The act of pressing breast can be a criminal force to woman/girl with the intention to outrage her modesty. Minimum punishment to be provided for the said offence is 1 year, which may extend to 5 years and shall also be liable to fine.”