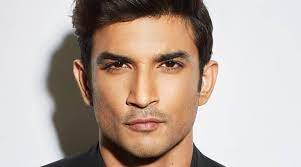 No media house has the license to defame an individual so as to tarnish their reputation in the eyes of a common man. Such an action would invite criminal contempt against the media house as well as the speaker. A division bench consisting of Chief Justice Dipankar Dutta and Justice GS Kulkarni while adjudicating the matter in Mr Nilesh Navlakha & Ors. V. Union of India & Ors. [PUBLIC INTEREST LITIGATION (ST) NO. 92252 OF 2020] dealt with the issue of limitation of media in conducting trials against individuals.

The unnatural death of a Bollywood actor on June 14th 2020, cause nationwide havoc where plenty of the citizens took to social media to grieve as well as vent upon the state of affairs in Bollywood. An investigation was conducted to ascertain the cause of death to determine whether it was the result of a criminal act involving third persons. A complaint was lodged against one of the news channels for making insensitive and derogatory remarks on the coverage of the death of the actor. Throughout the investigation and during court trials, a Bollywood actress was blamed and held responsible for the actor’s death by media channels and individuals using social media. The actress was said to have received several hate comments along with rape and murder threats. Media trials and parallel investigations were done by broadcasting debates, rendering opinions, exposing the material witnesses, examining and cross-examining the witnesses, chasing the officials of CBI who were investigating the case, proof of which is available in public domain.

The petitioners contended that freedom of media has certain limitations and they cannot be stretched to a point where it influences the real facts and news in people’s minds. Further, this interrupted the CBI in conducting undisturbed investigations. The information provided by these media channels clouded the judgment of the common man and influenced it towards the judgment made by the media channels through their own investigation that was neither authorized nor verified. The respondents took the stance that media being the fourth pillar of democracy, has the liberty to broadcast news and conduct debates. It further claimed that media was sufficiently protected by the freedom of speech and expression guaranteed by the Indian Constitution.

The Court in the above case held that the press ought to regulate certain discussions and debates in such sensitive matters. It is important to maintain the dignity of the demised actor as well as the actress who is being put through several investigations. The Court concluded by saying “What the media houses say could be true, but that would not grant any speaker the license to either abuse or defame any particular individual, who could be the target of the speech, to tarnish his reputation in the eyes of the viewers or to indulge in interference with and/or obstruction to administration of justice by such public speaking. In case of the former, the targeted individual could sue the media as well as the speaker for defamation, which must ordinarily sound in damages but in case of the latter, both the media house and the speaker may be proceeded against for criminal contempt. It would not be enough for the media house to put up a disclaimer at the end of the programme that it does not associate itself with the views of the speaker and thereby evade liability. To obviate such situation, the media houses would be well advised to inform, guide and advise the guest speakers to refrain from making public utterances which are likely to interfere with and/or obstruct administration of justice and thereby attract contempt.”