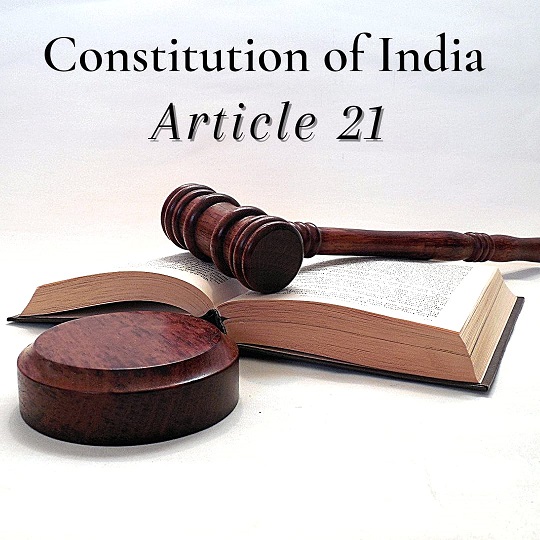 Article 21 of our constitution on security would provide the freedom from oppression and protection from the risk of death for refusing to return to a place where they face the danger of being killed, provided that the presence of asylum seekers is not prejudicial to the country’s security. The judgment was passed by The High Court of Manipur in the matter of Nandita Haksar v. State of Manipur and Ors.[ MC[W.P.(Crl.)] NO.1 OF 2021] by Division Bench consisting of Hon’ble Mr Sanjay Kumar & Mr Lanusungkum Jamir.

The facts of the case are 7 Myanmarese national fled to India, after a deadly military coup in their country. The military banned the Mizzima, an established Myanmarese media and news service, and arrested/detained several of its journalists. They fled their country fearing persecution and physical danger after the coup and the violence that broke out thereafter. They entered India and took shelter at Moreh in Tengnoupal district, Manipur. They sought the help of the petitioner as they feared that they would be sent back to Myanmar by the Assam Rifles, an Indian armed force, as they had come without proper travel documents.

The Learned petitioner argued that Article 14 thereof declares that everyone has a right to seek and to enjoy in other countries asylum from persecution. India is also party to the International Covenant on Civil and Political Rights, 1966. This Covenant was entered into in recognition of the fact that certain inalienable rights of all members of the human family are the foundation of freedom, justice and peace in the world; and that these rights derive from the inherent dignity of the human person. Though India’s policy on ‘refugees’ remains rather opaque, if not obscure, and asylum seekers are straightaway branded as ‘foreigners’, if not worse, certain protections are guaranteed under Articles 14 and 21 of our Constitution even to those who are not Indian citizens.

In the case of National Human Rights Commission vs. State of Arunachal Pradesh & Anr. The SC observed that “We are a country governed by the Rule of Law. Our Constitution confers certain rights on every human being and certain other rights on citizens. Every person is entitled to equality before the law and equal protection of the laws. So also, no person can be deprived of his life or personal liberty except according to the procedure established by law. Thus, the State is bound to protect the life and liberty of every human being, be he a citizen or otherwise”

Learned counsel for Respondent contended that these seven people, who admittedly entered the country unlawfully, should suffer the repercussions of their illegal actions first, and that this Court cannot give them immunity despite flagrant breaches of domestic laws. He will also argue that the constitutional freedoms granted under Article 19 are exclusive to residents and that these seven individuals are not entitled to those freedoms under Articles 19(1)(d) and 19(1)(e) in terms of travelling freely or residing/settling in any part of India’s territory.

While allowing the petition the court ordered to “extend protection under Article 21 of the Constitution to these seven Myanmarese persons and grant them safe passage to New Delhi to enable them to avail suitable protection from the UNHCR. Some of them seem to have their passports but in any event, their details and particulars have been noted by the Immigration authorities of our country.”