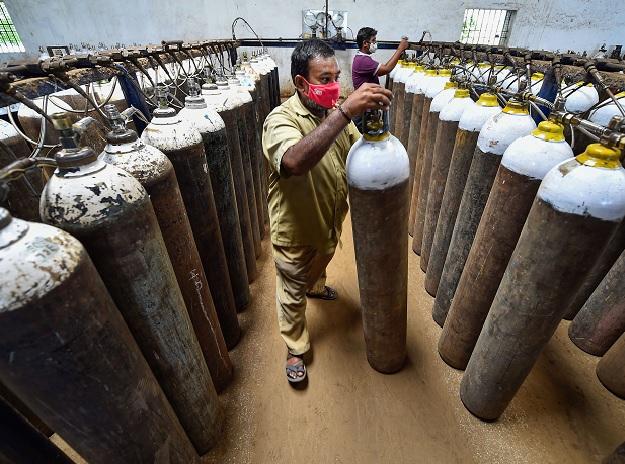 Information about helplines connected to Oxygen Control Room must be made available to each and every hospital in the State that is admitting Covid-19 patients. The bench of Chief Justice Abhay Oka and Justice Aravind Kumar in Re Karnataka High Court case [W.P.No.6435/2020] dealt with guidelines framed for optimum use of oxygen and the requirement of distribution of centralized data across various districts, taluks and cities in Karnataka.

The learned Advocate general representing the State expressed that the Central Government has allotted 20MT of oxygen to the State, to be received from Bahrain and Saudi Arabia individually. Further, he stated that the Central Government had permitted the State Government to attach 28 centres that will manufacture 500 litres of oxygen per minute which are linked to various hospitals. The second issue that was dealt with by the Advocate General was the subject of vaccination. He stated that the State had procured around one crore doses of vaccine out of which around 7 lakh doses of vaccine are remaining. The learned counsel representing Central Government, stated that the second dose has to be administered within the prescribed period. According to today’s scenario, out of the 65 lakh beneficiaries who have taken the first dose, only 7 lakh of them can be provided with the second dose.

With regards to the facts stated above, pertaining to the first issue, the Court held that; a centralised database of the locations of oxygen manufacturing plants must be made known to all those hospitals that admit covid-19 patients, including those hospitals in districts and taluks. Apart from providing details on where these oxygen centres are located, effective guidelines on the optimum usage of oxygen must also be circulated to these hospitals.

With regards to the second issue regarding vaccine availability, the court held that priority of administering vaccine must be given to those beneficiaries who have taken the first dose and are due for the second dose. The Court directed the State Government to request Central Government for the required quantity of free doses. Since the situation is critical, the Court hopes the Central Government will consider the request made by the State Government and take actions in furtherance of the same.

The Bench hence sounded the judgment that; “Unless people belonging to the vulnerable sections get registered and get vaccinated, the very purpose of vaccination will be frustrated.  The second issue which the State Government will have to be respond to on the next date is regarding undertaking targeted vaccination drives of frontline workers such as crematorium workers, Healthcare Workers, etc.”