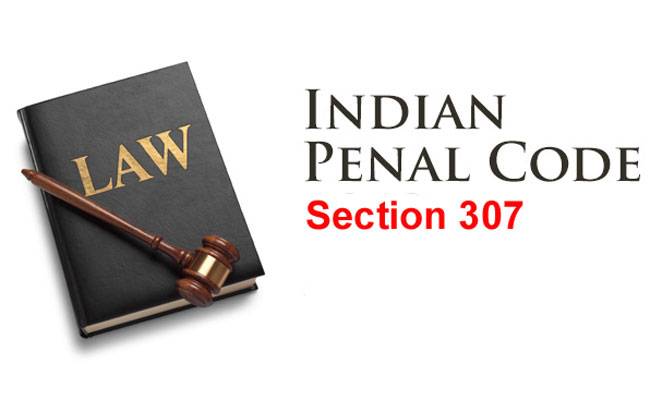 To convict a person for the attempt to murder under Section 307 IPC, it must be proved that he has done some act with such intention or knowledge, that if by the act done death would have been caused, he would have been guilty of murder. The judgment was passed by The High Court of Gauhati in the case of Sri Tankeswar Sarma Vs the State of Assam And Anr. [Crl.A./64/2020] by Division Bench consisting of Hon’ble Shri Justice Suman Shyam & Mir Alfaz Ali.

The facts of the case according to the prosecution, in a nutshell, is that the accused shot his uncle with a pistol in front of his house and the victim died instantaneously. When the son of the victim came forward, the accused shot at him too and thereby caused a grievous injury. Nephew of the deceased, lodged an FIR under Sections 302/307 IPC read with Section 25(1)(A) of the Arms Act and upon completion of the investigation, laid a charge sheet against the appellant.

Learned counsel for the appellant submitted that the deceased was the aggressor, and as the appellant attempted to defend himself against an assault by the deceased, a scuffle ensued between them and in the process of the scuffle, a bullet was shot unintentionally, and as such, the appellant is entitled to the privilege of the general exemption under Section 80 of the IPC. He further contended that since the injuries were sustained in the context of a spontaneous clash and scuffle, the claimant should not have been charged under Section 302 IPC; at most, he should have been kept responsible for culpable homicide not amounting to murder under Section 304 IPC.

On the contrary, learned counsel supporting the impugned judgment submitted that the prosecution has brought on record overwhelming evidence to establish the charge against the accused and as such, the impugned judgment calls for no interference. He further submitted that multiple bullets were fired and as such the plea of accidental release of a bullet is not tenable.

Relying on the Apex Court Judgment Manjeet Singh v. State of Himachal Pradesh, wherein it was held that “the conviction and sentence of the appellant under Section 307 IP to 308 IPC i.e., attempt to commit culpable homicide not amounting to murder, the reason being that a person can be convicted under Section 307 IPC only when all the ingredients of murder exist, except the fact of death. To put it differently, to convict a person for an attempt to murder under Section 307 IPC, it must be proved that he has done some act with such intention or knowledge, that if by the act done death would have been caused, he would have been guilty of murder”

While partly allowing the petition the court further noticed that the “accused could not have been held liable for the offence of murder. Therefore, necessarily conviction under Section 307 IPC also shall not be sustainable. Accordingly, we direct the appellant to undergo rigorous imprisonment for 3 (three) years under Section 308 IPC. Sentence of fine and default sentence of punishment awarded by the learned trial Court remain unaltered.”