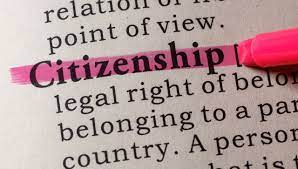 In the matter pertaining to citizenship, the Calcutta High Court bench comprising of Bibek Chauduri J. reaffirmed the position that such documents as the Aadhar Card, Voter ID and any sort of residential proof may not be a conclusive evidence of citizenship. In the present matter of Khadija Begum v State [CRM/2717/2021], the position of documents conferring the status of citizenship was reiterated.

A report was submitted by the S.I. of Police dated 23rd March 2021 wherein it was stated that Khadija had produced two documents i.e. Aadhar Card and Voter ID, before the High Court for the first time, in order to claim her Indian citizenship. However, it was the case of the petitioner that as that as per the documents produced by the S.I. of Police, it can be seen that the documents were produced earlier before the Magistrate wherein the said Magistrate had directed the Investigating Officer to conduct an enquiry for submitting a report regarding her documents. Moreover, it was also submitted by the petitioner that without the IO submitting the said report, a chargesheet was filed in the case after which the Magistrate rejected her bail application under sec. 437 of CrPC. Arguing that the petitioner was a resident of Bangalore, a rent agreement was relied upon by her which was executed between her and the landlord. A Local Tahsildar had issued a residential certificate in her name.

The bench ventured into the specifications in The Citizenship Act, 1955 which provides for six different methods to acquire Indian citizenship: by birth (section 3), by descent (section 4), by registration (section 5), by naturalisation (section 6), persons covered by the Assam Accord (section 6A), and by incorporation of territory (section 7). Under section 5(1)(c), a person married to a citizen of India and ordinarily residing in India for at least seven years has the “option” to apply to register as an Indian citizen

It is pertinent to note that in National Human Rights Commission vs State of Arunachal Pradesh 1996 SCC (1) 742, the Supreme Court clarified that a person can be registered as a citizen of India only if the requirements of section 5 of the Citizenship Act are satisfied. Further, the Apex Court, in Sarbananda Sonowal vs Union of India WP(civil) 131 of 2000, laid down the principle that the burden of proof is on the claimant, for they would possess the documents required to show they are citizens, within the meaning of the Constitution and under the Act.

In light of citizenship, it also vital to shine light on the Article 326 of the Constitution which gives every citizen the right to vote in Lok Sabha and State Assembly elections, which is done through the voter ID. However, a voter ID is issued merely based on self-declaration by the applicant via Form 6 under Rules 13(1) and 26 of the Registration of Electors Rules, 1960

A recent judgment of the Gauhati High Court in Munindra Biswas v. Union of India and Ors. [WP(C) 7426/2019], while reaffirming its previous ruling in Md. Babul Islam v. the State of Assam [WP(C) No. 3547 of 2016] held that the electoral photo identity card is not proof of citizenship. Even so the conclusive proof of citizenship is also not furnished by the aadhar card and this was propounded in the dissenting opinion of Chandrachud J. in the matter of Justice KS Puttaswamy (Retd.) and Anr. vs Union of India and Ors WP(CIVIL) NO 494 OF 2012.

Thus, the court in the present case held that “It is needless to say that residential certificate may be obtained by any resident, he may be an Indian National or Foreign National, if he stays at a particular place. Residential certificate is not a proof of citizenship.” Nevertheless, the petitioner was given a further chance to prove the legitimacy of her documents before the trial court.