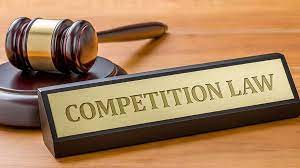 The order passed U/S.26(1) of the Act is purely administrative in nature and does not entail any consequence on the civil rights of the petitioner(s). In fact, the Impugned Order could have been passed without notice or granting an opportunity of hearing to the petitioner(s). Though the respondent is to give reasons in the Impugned Order, in my opinion, as it is not to give any conclusive findings but is to form only a prima facie opinion to order an investigation, it need not deal with all the submissions of the petitioner(s) in detail. This was held in WHATSAPP LLC V.  COMPETITION COMMISSION OF INDIA & ANR. And connected matters [WP(C) Nos.4378/2021 & 4407/2021] in the High Court of Delhi by single bench consisting of JUSTICE NAVIN CHAWLA.

Facts are that petitions have been filed by Watsapp LLC and Facebook INC challenging the order dated passed by respondent U/S.26(1) of the Competition Act, 2002 forming a prima facie opinion of the violation of Section 4 of the Act by the petitioners, and directing the Director-General of the respondent no.1 to cause an investigation to be made into the WhatsApp 2021 Update to its Terms and Privacy Policy.

The counsel for the petitioner submitted that the 2021 Update does not in any manner negate the choice of the user made under the 2016 Update and is aimed at providing users with further transparency. It is further asserted that the 2021 Update does not expand WhatsApp’s ability to share data with Facebook and does not impact the privacy of personal messages. 2021 Update has been challenged in several judicial fora, including before this Court and the Supreme Court for which applications are pending before the Supreme Court. Thus respondent no. 1 has wrongly taken suo moto action and passed the Order.

The ASG submitted that apart from the issues which are pending before the Supreme Court or before this Court in the petitions mentioned hereinabove, the respondent is examining the 2021 Update in relation to any violation of the provisions of S.4 of the Competition Act, 2002. He submits that respondent is examining as to whether the excessive data collection by WhatsApp and the use of the same has any anti-competitive implications. He placed reliance on the judgment of the Supreme Court in Competition Commission of India vs. Steel Authority of India Ltd.

The court discussed the scope and ambit of an order passed U/S.26(1) of the Act, which has been authoritatively explained by the Supreme Court in the case of Competition Commission of India v. Steel Authority of India Ltd, the following observations were made, “At the stage of forming a prima facie view, as required under Section 26(1) of the Act, the Commission may not really record detailed reasons, but must express its mind in no uncertain terms that it is of the view that prima facie case exists, requiring the issuance of direction for investigation to the Director General. Such view should be recorded with reference to the information furnished to the Commission. Such opinion should be formed on the basis of the records, including the information furnished and reference made to the Commission under the various provisions of the Act, as aforereferred. However, other decisions and orders, which are not directions simpliciter and determining the rights of the parties, should be well reasoned analysing and deciding the rival contentions raised before the Commission by the parties.”

The court also made reference to the judgment passed by the Supreme Court in theetitioncase of P. Sudhakar Rao & Ors. vs. U. Govinda Rao & Ors, wherein the following observations were made, “ that the pendency of a similar matter before a larger Bench did not prevent the Supreme Court from dealing with the issue on merit.;”

Considering the facts of the case and keeping in mind the provisions of law applicable. The Court held that the respondent prima facie concluded that WhatsApp is dominant in the relevant market and incomplete disclosures in the 2021 Update on vital information categories; concentration of data would raise competition concerns. Merely because of the pendency of the proceedings before the Supreme Court and before this Court, the respondent cannot be said to be bound to necessarily hold its hands and not exercise the jurisdiction otherwise vested in it under the statute. Thus the court dismissed the petition.