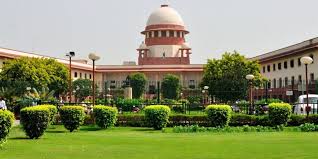 The appellant had been completely remiss and deficient in pleading acknowledgement of liability on the facts of this case, we afford one further opportunity to the appellant to amend its pleadings so as to incorporate what is stated in the written submissions filed by it before the NCLAT within a period of four weeks from today. This honorable judgement was passed by the Supreme Court of India in the case of Asset Reconstruction Company (India) vs. Bishal Jaiswal & Anr. [CIVIL APPEAL NO.323 OF 2021] by The Hon’ble Mr. Justice Rohinton Fali Nariman.

The court opinioned that, “This appeal is against the judgment dated 15.10.2020 of the Calcutta High Court which set aside two orders of the NCLT – (i) order whereby the NCLT admitted the appellant’s application under Section 7 of the IBC, and (ii) order, whereby the NCLT ordered liquidation of the corporate debtor.”

The court allowed the appeal stating that, “There can be no doubt that the NCLT had, in its order dated 19.08.2019, stated that Article 63(a) of the Limitation Act would apply instead of Article 137, contrary to what has been held by us in several judgments. It cannot, therefore, be said that the Calcutta High Court wrongly exercised jurisdiction in setting aside this finding. However, the High Court then went on to refer to certain balance sheets that had been produced, thereby extending limitation under Section 18 of the Limitation Act, but held that given the judgment in Babulal (supra), such balance sheets could not extend limitation.”