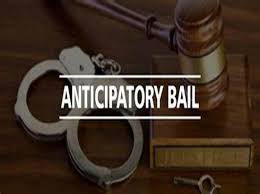 Although agency, life and liberty of a person has to be maintained by the Courts but nature, gravity and seriousness of offence and manner of commission of offence and transportation of girl shows the magnitude of conspiracy. This honorable judgement was passed by High Court of Shimla in the case of by Mohammad Nazim Versus State of Himachal Pradesh [Cr.M.P.(M) No.620 of 2021] by The Hon’ble Mr. Justice Vivek Singh Thakur, Judge.

The petitioner had filed the petition stating under Section 438 Criminal Procedure Code, seeking anticipatory bail apprehending his arrest, registered in Police Station Sadar, Shimla, H.P., under Sections 363, 366A, 370(4), 506 and 120B of the Indian Penal Code. The victim, aged about 15 years, who was studying in Class 9th, had left her home at 9.30 a.m. to attend her school i.e. Sanatan Dharam Senior Secondary School, Ganj Bazaar, Shimla, and when she did not return home in the evening, her father, on inquiry, had received information that on that day students were not called in the school. With aforesaid complaint, father of the victim had approached Police Station Sadar, Shimla, with suspicion that someone had abducted her daughter after alluring and misleading her. During investigation, location of mobile number of victim was found in Haryana leading to the clue to the police that victim was travelling towards Delhi. Whereupon, police party was sent to Delhi in search of victim and it was also found that victim was having too many talks on two mobile numbers therefore, CDRs was found at Panipat and thereafter her phone was found switched off. It was revealed that the boy, who had sent the location, was one Ibrahim residing at Badarpur, his room was found locked and it came in notice that he was hiding him in some other house in the room of his friend, wherefrom he was taken to Badarpur Police Station and shown to Jatin, and Jatin had identified him the same boy to whom he had handed over the girl.

The court opinioned that, “Where right to investigate, and to arrest and detain an accused during investigation, is provided under Cr.P.C., there are provisions of Articles 21 and 22 of the Constitution of India, guaranteeing protection of life and personal liberty as well as against arrest and detention in certain cases. Agency and life and liberty of a person has to be maintained by the Courts, in the light of Fundamental Rights guaranteed under Articles 21 and 22 of the Constitution of India, but also keeping in mind interference by the Court directing the Investigating Officer not to arrest an accused amount to interference in the investigation.”

The petition was dismissed stating that, “nature, gravity and seriousness of offence for the manner in which girl has been managed to be transported/travelled from Shimla to a remote village of Uttar Pradesh in an organized manner, and also for finding or ruling out possibility of amplitude and magnitude of the conspiracy.”