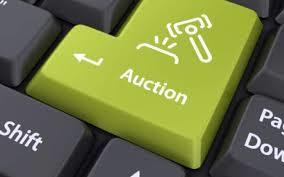 Constitutional Courts will judicially review matters of overwhelming Public Interest only when the administration is mala fide or the decision is arbitrarily taken. For all commercial functions, like tenders, the employer will have the independence to understand and appreciate its requirement, according to their interpretations and it will not be interfered by the courts. This auspicious judgment was passed by the Gauhati High Court in the matter of VOITH HYDRO PRIVATE LIMITED V. ASSAM POWER GENERATION CORPORATION LIMITED ORS. [WRIT PETITION (C) No. 1373 of 2021] by Honourable Justice Sanjay Kumar Medh.

The petition was filed for declaring the selected bid invalid since the bidding process was unreasonable and mala fide as it was violative of legal rights and was a huge concern of Public Interest.

It was alleged that the process of rejection and the bidding process itself was both mala fide, arbitrary and irrational since, in view of the principles of good corporate governance, a public sector undertaking should allow the bidder to make good any deficiency by giving details at a later stage rather than rejecting the bid.

The court was of the view that the bid will not be considered technically non-responsive and mala fide since in the case projected, “The authorities will require information not only to assess the financial soundness of the bidder but also to assess the capability to execute the work in question. Such requirement is not only relevant and germane but would also be
within the domain of the employer to be fully satisfied with the credentials of the bidder”.

The Court opined that “If the decision is based on relevant materials and is based upon the satisfaction of the employer, after taking all the relevant factors into consideration. Then, it is well settled that it is not a decision which is the subject matter of judicial review but the decision-making process which is examined by a writ court in the exercise of powers under Article 226.”
The Honourable Court relied on the Silppi Constructions Contractors Vs. Union of India, (2020) 16 SCC 489 and Caretel Infotech Ltd. Vs. Hindustan Petroleum Corporation Ltd. Ors., (2019) 14 SCC 81; and observed that “The authority floating the tender is the best judge of its requirements and, therefore, the court’s interference should be minimal since the authority which has authored the tender documents is the best judge as to how the documents have to be interpreted. If two interpretations are possible then the interpretation of the author must be accepted.” And that, “it is possible that the author of the tender may give an interpretation that is not acceptable to the Constitutional Court, but that itself would not be a reason for interfering with the interpretation given.”

The Court stated that “It has been settled that importance has to be given to the lawfulness of a decision and not to its soundness. Further, it has been well settled that the employer cannot be faulted with its insistence to adhere to the terms of the tender when there is a failure on the part of the petitioner to comply with the rules even after repeated opportunities.”

Violation of legal rights will not be upheld when the party continues to be at fault even after various opportunities are given for rectification. Thus, the Court came to the conclusion that the principles of natural justice have been complied with and hence the writ petition is accordingly dismissed.