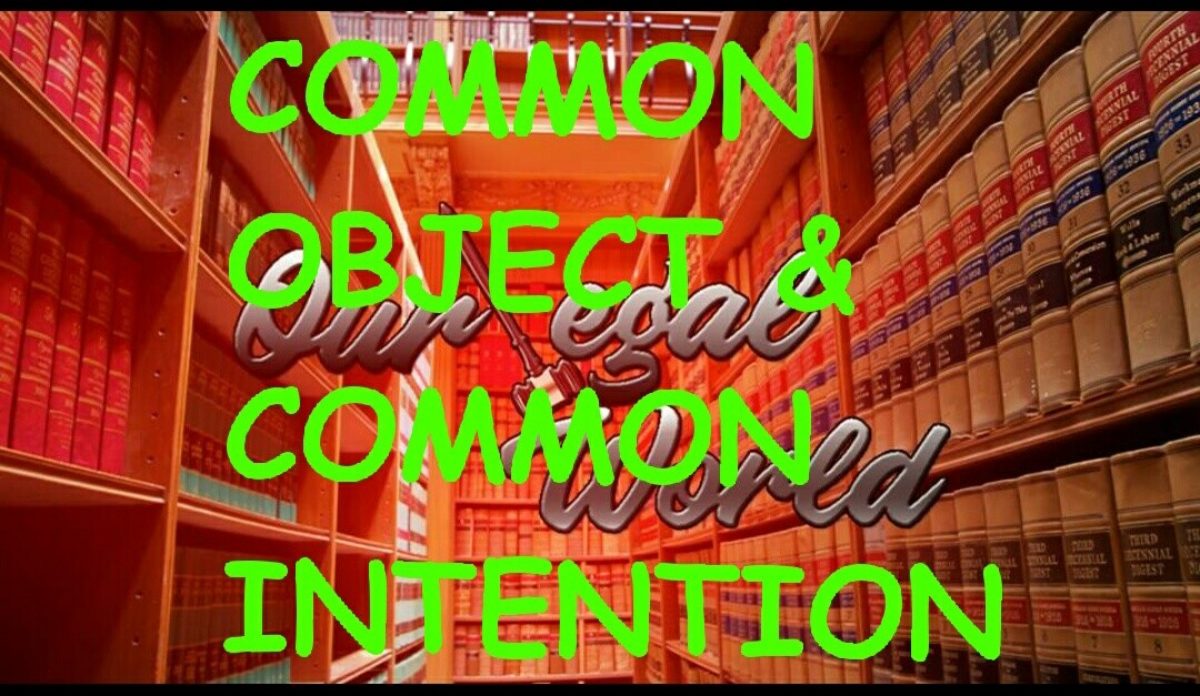 It is always open for the appellate court to reverse findings on appreciation of evidence on record and there must be a common objective for the commission of an offense punishable under   Section   302/149 Indian Penal Code. This remarkable judgment was passed by the Hon’ble Supreme court of India in the matter of Rajendra @ Rajappa & Ors v. the State of Karnataka [CRIMINAL APPEAL NO.    1438     OF 2011].

The complainant  (PW­1)   Sheshamma,  the wife of the deceased.     That on   02.02.2003   the complainant and her husband went to coolie work in the morning and when they were returning along with firewood bundle and PW­2 was following them, at about 11:30 a.m. when the complainant and her husband came near the Government Hostel, all the accused A­1 to A­6 armed with an ax, stick, pickaxe, and stone, attacked the deceased and thereby inflicted fatal wounds on his person by assaulting him with weapons which they were carrying.  It is further alleged that the complainant rescued her husband, went behind the hostel, the accused followed them and A­1 assaulted the deceased with an ax on the left cheek, 3 Crl.A.No.1438 of 2011 A­2 assaulted with bedaga, A­3   assaulted with a stick, A­4 assaulted with the club, A­5 assaulted with an ax.  A­1 is the father of the complainant; A­2   and   A­4   are uncles of the complainant; A­3 and A­5 are sons of A­1’s sister and A­6 is one of the sisters of A­1.  It is alleged in the complaint that all the accused have attacked the deceased and started abusing him saying that, in spite of telling them not to pass from the front of their houses and to show their faces, they have come towards the side of the accused.  Further, it is stated in the complaint that when she and her husband tried to escape and ran away from the backside of the hostel, all the accused followed them and attacked them.   Further, it is stated that as her husband sustained grievous injuries he died on the spot, and said the incident was witnessed by her mother Sayamma and her sister Rathnamma, Mahesh, and their villagers Haji, Hussain has also seen.  In her complaint, she prayed to take action against the accused. The police, after investigation of the case and after completion thereof, filed a charge sheet against the accused under various sections, as stated already.

The court viewed that “In view of the foregoing, we are of the view that the judgments relied on by the learned counsel for the appellants would not render any assistance in support of her case that the High Court has committed error in reversing the acquittal recorded by the Crl.A.No.1438 of 2011 trial court.”

The court contended that “the view taken by the trial court was not at all a possible view and the findings run contrary to the evidence on record, the High Court has rightly reversed the judgment of the trial court by convicting the appellants (A­2 to A­5).  Further, we also do not find any merit in the contention of the appellants that in any case it is not a case for conviction under Section 302, IPC and same be modified to that of conviction under Section 304­II, IPC.   From the evidence on record, it is clear that the assault was intentional which resulted in the death of the deceased and all accused – A­2 to A­5 – had a common object, as such the High Court has rightly convicted the accused of an offense punishable under   Section   302/149, IPC, etc. Thus, we endorse the view of the High Court.”