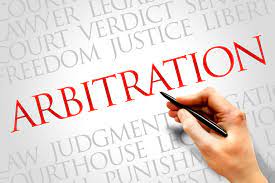 The appellant cannot raise an objection relying on Section 86(1)(f) of the 2003 Act and Section 86(1)(f) vests a statutory jurisdiction with the State Electricity Commission to adjudicate upon disputes between licensees and generating companies and to refer any dispute for arbitration. This judgement was passed by the Hon’ble supreme court of India by Justice Dr Dhananjaya Y Chandrachud in the matter of Chief General Manager (IPC) M P Power Trading Co Ltd & Anr Narmada Equipment’s Pvt Ltd [Civil Appeal No 1051 of 2021].

This appeal arose from a judgment where it appointed an Arbitrator in the dispute between the parties, in an application filed by the respondent under Section 11(6) of the Arbitration and Conciliation Act 1996. The genesis of the matter was from when the Madhya Pradesh Electricity Board3, entered into a Power Purchase Agreement (PPA) on 20 May 1999 with the respondent. Under the PPA, the respondent was to establish a mini hydro-electric project on a built and operate basis. However, the PPA was terminated on 27 September 2001 by the Board. The respondent initially filed a writ petition5 challenging the termination of the PPA. The High Court, by its order dated 4 November 2009, declined to entertain the petition in view of an arbitration agreement contained in Clause 12.36 of the PPA. Thereafter, the respondent filed a review petition which was dismissed by the High Court by an order dated 10 December 2009.

The court held that “Section 86(1)(f) of the 2003 Act is a special provision which overrides the general provisions contained in Section 11 of the 1996 Act. Section 86(1)(f) vests a statutory jurisdiction with the State Electricity Commission to adjudicate upon disputes between licensees and generating companies and to refer any dispute for arbitration.”

Also “Section 174 of the 2003 Act provides overriding effect to the 2003 Act notwithstanding anything inconsistent contained in any other law for the time being in force or in any instrument having effect by virtue of any law other than the 2003Act itself.”