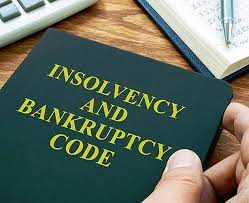 There was no substance to the second ground urged by the appellant regarding the maintainability of the application filed by the respondent financial creditor under Section 7 of the IB Code on the ground of being barred by limitation and that the code is a special enactment for the resolution of financial debt and it is in the larger public interest that financial debts are recovered and the debts of corporate person are restructured to revive the failing corporate entity. This extensive judgment was passed by the Hon’ble Supreme Court of India in the matter of LAXMI PAT SURANA v. UNION BANK OF INDIA & ANR. [CIVIL APPEAL NO. 2734 OF 2020] headed by Justice A.M. Khanwilkar.

In the concerned petition, there were two central issues:

It was held by the adjudicating authority that “the action had been initiated against the Corporate Debtor, being coextensively liable to repay the debt of the Principal Borrower and having failed to do so despite the recall notice, became Corporate Debtor and thus liable to be proceeded with under Section 7 of the Code.”

This court stated that “The term “financial creditor” has been defined in Section 5(7) read with expression “Creditor” in Section 3(10) of the Code to mean a person to whom a financial debt is owed and includes a   person   to   whom   such   debt   has   been   legally   assigned   or transferred to.”

The appeal was disposed of stating “As no other issue arises for our consideration — except the two grounds urged by the appellant regarding the maintainability of the application for initiating CIRP by the financial creditor (Bank) under Section 7 of the Code, we dispose of this appeal leaving all “other grounds” and contentions available to both the sides open to be decided in the pending proceedings before the NCLT.  The same be decided uninfluenced by any observation(s) made in the impugned judgment or in the present judgment.”