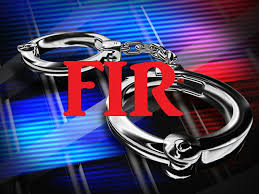 If an FIR filed under serious offences are shown to be false and frivolous, which were initially filed with an intention to force the other party from withdrawing a complaint, the quashing of such FIR can be accompanied with an imposition of fine by the court. This was decided in the case of Laishram Premila Devi & Ors vs. The State & Ors [CRL.M.C. 533/2021 & CRL.M.C. 534/2021] By Hon’ble Justice Subramonium Prasad in the High court of Delhi.

These two petitions have been filed to quash an FIR filed by the complainant/respondent of this case. The FIR was initially filed for offences under Sections 509, 506, 323, 341, 354, 354A and 34 IPC. It was alleged that the complainant. was going to drop her children to school, the accused who reside in the neighbourhood beat her and outraged her modesty and committed act of sexual harassment. Later, with the intervention of some common friends, relatives and family members, the parties have settled their dispute and an oral settlement has been reached between the parties and have now chosen to quash to aforementioned FIRs.

However, the court in this case made a very interesting observation wherein it said that it is now becoming a trend to register FIRs alleging offences under Sections 354, 354A, 354B, 354C, 354D IPC either to force a party from withdrawing a complaint instituted against them or to arm twist a party. It also observed that Offences under the sections are serious offences. Such allegations have the effect of tarnishing the image of the person against whom such allegations are made. It categorically stated that this practice is an abuse of the process of law.

It also went on to highlight the structural difficulties that the India Police system faces, and despite this, a huge amount of valuable manpower and time is invested in dealing with these cases that have no basis at all. Further it stated that the result is that investigation in serious offences gets compromised and accused escape because of shoddy investigation.

Considering the instant case as a classic example as to how frivolous allegations of Section 354 and 354A are levelled by the parties against each other., the court decided to set an example for others who chose to do this by imposing a considerable amount of fine on the parties.

The court quashed the FIRs saying “Since the Police has had to spend valuable time in investigating the offence and considerable time has been spent by the Court in the criminal proceedings initiated by the parties, this Court is inclined to impose cost on the petitioners with a warning not to file false and frivolous cases. The petitioners of the both cases are directed to deposit a sum of Rs.30,000/-(Rupees Thirty Thousand Only) each with ‘DHCBA Lawyers Social Security and Welfare Fund’ within three weeks from today.”