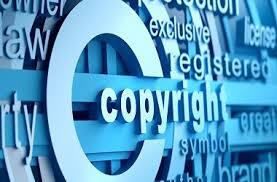 If the offences in the other laws i.e. other than IPC are punishable with imprisonment for three years and upwards then the offences are cognizable and non bailable according to Part II of the Schedule -I of CrPC .This was decided in the case of Piyush Subhashbhai Ranipa vs. State of Maharashtra [Anticipiatory Bail Appl No. 336 OF 2021] by the Hon’ble Judge Sarang V. Kotwal in the High Court of Bombay.

The facts of the case are that an FIR was lodged by the Zonal Manager of a company named Jain Irrigation system against another company- TERA flow,  which was using trademark ‘Jain HDPE’ and selling goods in the name of the complainant company. The stamps of Certificate of Manufacturing License were also forged and the police seized that good and thereafter began its investigation in the matter. This petition was filed seeking anticipatory bail in connection with the FIR filed.

The court referred to a series of judgements one notable being the case of State of Maharashtra Vs. Shri. Suresh Ganpatrao Kenjale [1995 CrilL 2478] where it was held” In the Second Schedule of the Code of Criminal Procedure, 1973 making classification of offences against other laws, it is provided that the offences which are punishable with imprisonment for three year and upwards, but not more than seven years, are non-bailable”.

CrPC laws can be used to offences for statutes other than IPC to decide whether an offence is bailable or not an unless otherwise provided under the relevant statute, the offences other than IPC are punishable with imprisonment to the extent of three years, and shall fall within the classification II of offences as classified under Part II of First Schedule. Thus, offences under the Copyright Act and Trademark Act shall be cognizable and non-bailable.

After applying this to the facts of the case, it was observed that the accused have falsely applied the informant’s trademark to their own products and have attempted to sell those products. By their act, the public were induced or an attempt was made to induce the public to buy these products under the impression that they were manufactured by the informant’s company.

The court adjudicated the matter stating ‘In this view of the matter, custodial interrogation of the applicant is necessary. No relief of anticipatory bail can be granted.’