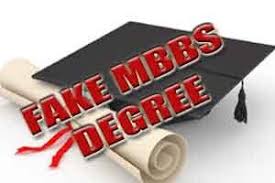 There is no dispute to the fact that the clinical establishment was being run by a person on the basis of forged and unrecognized degree and diploma, as there is no recognized degree of MBBS in Alternative Medicine and no such degree is recognized by the Government of India. Similarly, the Diploma in Medical Laboratory was also a forged and unrecognized degree. This judgement was consolidated in the high court of Jharkhand by HON’BLE MR. JUSTICE H.C. MISHRA HON’BLE MR. JUSTICE RAJESH KUMAR in the matter of Rani Seva Sadan, Garhwa, through its proprietor Sri DharamdeoVishwakarma versus The State of Jharkhand [L.P.A. No. 82 of 2019 With I.A. No. 6514 of 2020].

The court relied upon the decision of the Hon’ble Apex Court in Escorts Farms Ltd. Vs. Commissioner, Kumaon Division, Nainital, U.P. & Others, reported in (2004) 4 SCC 281, and in Dharampal Satyapal Ltd. Vs. Deputy Commissioner of Central Excise, Gauhati & Others, reported in (2015) 8 SCC 519, “wherein the law has been laid down that the rules of natural justice are to be followed for doing substantial justice and not for completing a mere ritual of hearing without possibility of any change in the decision of the case on merits, and that it is not required to be followed where it is felt that a fair hearing would make no difference, meaning that a hearing would not change the ultimate conclusion reached by the decision maker.”

This court stated that, “In view of the fact that there was no dispute to the fact that the clinic was run by the person having forged or unrecognized degree and diploma, no useful purpose was going to be served by remitting the matter for following the principles of natural justice.”