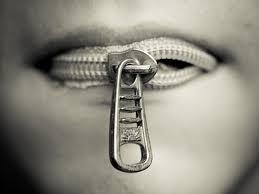 Insults to religion offered unwittingly or carelessly or without any deliberate or malicious intention to outrage the religious feelings of that class do not come within the ambit of Section 295A, IPC. This was decided in the case of Dulal Ghosh vs. State of Tripura [CRL PETN No.08 of 2020] by Hon’ble Chief Justice Akil Kureshi in the High Court of Tripura.

The facts of the case are that the petitioner posted a comment on social media site- Facebook wherein a Hindu, (the complainant in this case) filed an FIR against him for hurting the religious feelings of the Hindu community. According to the complainant, the petitioner put such an un-tasteful and obscene comment on Hindu religion saying that Gita, the sacred religious text is “thakbaji Gita”. The police have started investigation on the matter for offence under Section 295A of IPC based on the complaint and this petition was filed to quash this FIR on the ground that his acts did not amount to any offence under the aforesaid provision.

The contentions put forth by the counsel for the petitioner are that the post has been misrepresented by the complainant in order to falsely implicate him in a criminal case. However, the Addnl. Public Prosecutor opposed the petition stating that the petitioner had clearly displayed an intention to hurt the religious feelings by making derogatory remarks about a Holy Book. Also, the court shall not interfere in the matter when the investigation is still under process.

The court referred to the judgement laid down in Ramji Lal Modi versus State of U.P [AIR 1957 SC 620] wherein the Supreme Court considered a challenge to the constitutionality of Section 295A of IPC on the ground that it transgresses the guarantee of free speech.

After closely analyzing the facts of this case in the background of the ratio laid in above cases, the court was of the view that mere passing allegation of the petitioner being in habit of placing such posts, cannot be the ground for permitting a fishing inquiry.  It also observed that without there being any background or foreground, it is not possible for any reasonable human being with ordinary common sense and intelligence, to discern any derogatory or demeaning meaning being ascribed by the petitioner to the holy book

It further went on to say “In view of the strong observations made by the Supreme Court in case of Ramji Lal Modi, offence under Section 295A of IPC would not be made out. The FIR was thereby quashed.