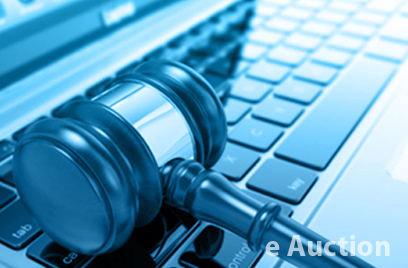 Not only court sales and company sales but any open sale by any authority by public e-action on sufficiently wide circulation worth the name, including sales under the SARFAESI Act, come within the purview of “open market sales”, thus excluding such sales from the scrutiny contemplated in Section 47A of the Stamp Act This was decided in the case of Ballyfabs International Limited and another Vs. The State of West Bengal and others [WPA No. 7006 of 2020 With IA No: CAN 1 of 2020] In the High Court at Calcutta by Hon’ble Judge Sabyasachi Bhattacharyya.

The facts of the case are that the petitioners purchased the property in a public e-auction conducted by the IDBI Bank under the provisions of the Securitization and Reconstruction of Financial Assets and Enforcement of Security Interest Act, 2002 for a consideration of Rs.14,01,00,000/-. In a suit filed against IDBI, the Registrar claimed that he was entitled to re-evaluate the property. The present writ petition has been filed for a direction on the Registrar of Assurances to accept the value mentioned in the sale certificate issued by the IDBI Bank Limited that is, Rs. 14,01,00,000/- and to assess the stamp duty and registration fee accordingly without initiating a fresh enquiry for re-evaluation.

The question which arises in the present writ petition is whether the e-auction sale, in which the petitioners purchased the property-in question, was an open market sale within the purview of Section 16B of the Indian Stamp Act, 1899 thus, exempting the instrument of such sale from assessment by the registering officer under the Registration Act, 1908, under Section 47A of the Indian Stamp Act.

The counsel for the petitioner cites a Special Bench judgment of this court, rendered in State of West Bengal vs. Sati Enclave, reported at (2010) 3 CHN 651 and states that the said judgment was rendered on the premise that open market sales are exempted from scrutiny under Section 47A, although, in the particular case, a court sale was under consideration. As such, it is contended that the ratio of the said report cannot be restricted merely to court sales but applies to all open market sales.

The state, on the other hand, contended that the reserve price stood substantially reduced from Rs. 17 crore to Rs. 14 crore, upon which the petitioner emerged as a successful bidder by quoting an amount which is an aggregate of the reserve price and the minimum bid increment amount. It is argued that the valuation of the subject property could not have been scaled down by Rs.3 crore within a period of five months under normal circumstances. Thus, it is argued that the principle of “open market sale” cannot be invoked in the facts and circumstances of the case. The consideration at which the subject property was sold did not match the valuation made by the bank.

The court observed that the entire arguments of the parties, as well as the judgments of the coordinate Bench relied on by the State-respondent, hinge around the interpretation of aforementioned Sati Enclave case. It further stated “if the sale-in-question, in the first place, is an open market sale, upon due publication of notice and advertisement in newspapers, it is obvious that the consideration obtained for the sale was actually the “market value” of the property in the true sense of the term. Thus, there would not arise any requirement to resort to a legal fiction on the basis of other contemporaneous transactions to justify an assessment under Section 47A.”

The court said that as the decision made here was being contrary to the ratio laid down in Sati Enclave, it is constrained to respectfully disagree with the same. Accordingly, the matter was referred to a larger Bench.