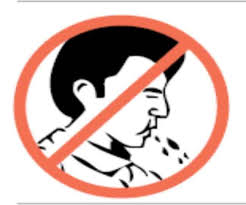 Tobacco addiction of spouse will not be considered as a valid ground for seeking a divorce and would not amount to mental cruelty. The Bombay High Court bench consisting of Hon’ble Justice Pushpa V. Ganediwala and Justice A.S Chandurkar gave the decision by stating the above-cited reasons in the case of Shri Shankar vs. Rina [Family Court Appeal no. 70 of 2016].

In the instant case, an appeal was filed by the appellant-husband challenging the judgment of the family trial court which had quashed his appeal for a decree of divorce on the grounds of cruelty u/s 13(1)(i-a) of the Hindu Marriage Act, 1955. Both the appellant and the respondent married each other on 15-6-2003 and had two kids out of wedlock. The appellant-husband had filed a petition in the trial court for seeking divorce on the ground of cruelty. He mentioned that his wife used to eat tobacco because of which a cyst developed in her stomach resulting in huge expenses for the treatment. The appellant-husband also mentioned that the respondent used to avoid the household work and never took care of the family.

On the contrary, the respondent-wife alleged that the husband and his mother used to harass her mentally and physically. She also made allegations of dowry on the appellant and his family. Considering all the facts and the evidence, the trial court had dismissed the appeal of the husband for seeking divorce as he could not prove cruelty against him in the court.

In the High Court, the appellant counsel argued that the family court didn’t consider the ill-treatment subjected to the appellant by the respondent/wife and the false allegations against the appellant/husband which amounted to mental cruelty. He further submitted that the learned Family Court ignored the bad habits of the respondent/wife while dismissing the appeal. While referring to the judgment of Samar Ghosh vs. Jaya Ghosh [(2007) 4 SCC 511], the High Court came to the conclusion that the cruelty suffered by the appellant was normal wear tear of the married life. The High Court bench stated that “The allegations that she was not doing household work, quarreling with his family members without any reason, visiting her parental home without his permission, not preparing his tiffin, etc., in the considered view of this Court, are not sufficient to form an opinion that the appellant/husband is undergoing acute mental pain, agony, suffering, disappointment, and frustration”.

Hence, the court concluded that mere allegation against the respondent is not enough for seeking a divorce and all the other allegations were normal and omnibus.  Therefore, the High Court upheld the decision of the family court and stated that “The pleadings of the appellant/husband are not so grave and weighty so as to dissolve the marriage. The learned trial Court has rightly observed that the parties have two children, and if the marriage is dissolved, the children would suffer a great loss, and their welfare will affect, and in the best interest of daughter Bhumika and son Akash, the marital tie shall remain intact”.