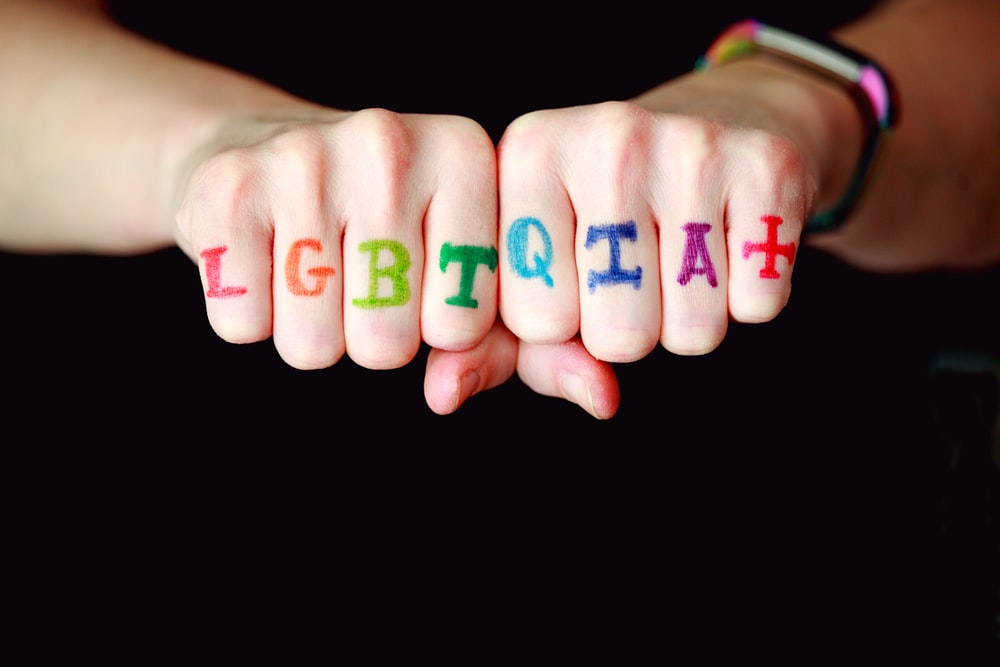 “Being transgender, like being gay, tall, short, white, black, male, or female, is another part of the human condition that makes each individual unique, and something over which we have no control. We are who we are in the deepest recesses of our minds, hearts and identities.”

Gender Justice is different from Gender Rights. Gender Justice is a response to people’s lived experiences of violence and oppression that legal and civil protections alone can’t tackle. Transgender people come from all walks of life. Gay, lesbian, bisexual, transgender – people are people.

The word “transgender” – or trans – is an umbrella term for people whose gender identity is different from the sex assigned to us at birth. Although the word “transgender” and our modern definition of it only came into use in the late 20th century, people who would fit under this definition have existed in every culture throughout recorded history.

The transgender community in India (made up of Hijras and others) has a long history in India and in Hindu mythology.

While the amendments remove one of the most problematic aspects of the earlier drafted Bill; a transgender is no longer a person who is “neither male nor female”. The current Bill continues to retain other, heavily criticized provisions. In India, hijras/ kinnars (eunuchs), shiv-shaktis, jogappas, sakhi, jogtas, Aradhis etc are considered as transgenders.

The Vedic and the other literatures consist of the words, “tritiyaprakriti” meaning ‘the third gender’ and “napunsaka” meaning ‘someone with the loss of procreative ability’. At the time of the British rule, the third gender persons were denied civil rights and were considered a separate caste or tribe who committed offences like kidnapping and castration of children. It was also a firm belief that they were the ones who danced and dressed like women.

The LGBTQ (“lesbian, gay, bisexual, transgender, and queer) communities are considered as those, with gender dysphoria and different sexual orientations than normal ‘male’ or ‘female’. The homosexuals have already been accepted in many parts of the worlds but on the other hand transgenders have not been accepted by the societies.  Non-recognition of the identity of transgenders denies them the equal protection of law, thereby leaving them extremely vulnerable to harassment, violence and sexual assault. including molestation, rape, forced anal and oral sex, gang rape and stripping is being committed with impunity in public spaces, at home and in custodies and there are reliable statistics and materials to support such activities. Further, this also results in them facing extreme discrimination in all spheres of society, especially in the field of employment, education and healthcare.

Indian census has always looked down upon to the third gender. It could evidently be seen while collecting census data for years. In the Census of 2011, data of transgender were collected in the category of “Others” for the genders with details related to the aspects of employment, literacy, and caste. The census revealed the fact that the total population of the transgenders was approximately 4.88 lakhs. The 2011 census also stated that there were 55,000 children as transgender identified by their parents.

The honorable Supreme Court of India passed a judgment for the first time in April 2014 stating that a person’s sexual orientation is an integral part of personality, dignity, National Legal Services Authority (NLSA) versus Union of India case; the apex court held that the transgender (Hijras and Eunuchs) will be provided a legal identity along with seven other directions. After the judgment of the NLSA, various courts passed judgments in the favors of the transgender community.

Based on the NLSA judgment, the Rajya Sabha, in the year of 2014, passed the Rights of Transgender Bill. However, in the year 2015, the government passed another Bill, which was the Rights for Transgender Persons Bill, 2015, which provided modifications to the 2014 bill by removing several provisions relating to the Transgender Rights Court along with the National and State Commissions. The 2015 Bill was further modified with another bill which was introduced in the Lok Sabha in 2016 — the transgender persons (Protection of Rights Bill). This bill was criticized by the third gender community.

Legal Provisions for the transgender community

This Bill aimed to define a transgender as the one who is partly a male or a female; or a combination of both; or neither of them. In addition to this, the person’s gender must be apart from the genders assigned at the time of birth and might include trans‑men, trans‑women, persons with intersex variations and orientations, and gender-queers. This bill further stated that a transgender must obtain a certificate of identity as proof of recognition of identity as a transgender person. Such persons required proof to invoke rights under the Bill. A Screening Committee would recommend the District Magistrate to grant such a certificate of proof. The screening committee would be consisting of a medical officer, a psychologist/psychiatrist, a district welfare officer, a government official, and a transgender person. The bill further prohibits discrimination against the transgenders keeping in mind the areas of employment, education as well as health care. Various directions were provided to the central as well as the state government to initiate welfare schemes in the above mentioned areas. If offences such as compelling a transgender person to beg, or denying them the access to a public place, physical and sexual abuse, etc. the wrongdoer would undergo imprisonment of 2 years’ and a fine.

The Supreme Court had held that the ‘right to self-identification of gender’ is part of the right to dignity and autonomy under Article 21 of the Constitution. The Bill further provided that a person recognized as “transgender” would have the right to “self perceived’ gender identity. However, it does not provide for the enforcement of such a right. A District Screening Committee would issue a certificate of identity to recognize a person as a ‘transgender’.

Two years after the introduction of the Bill on transgender rights in Lok Sabha, the government has reworked the definition and several crucial clauses relating to the third gender community.  The Cabinet cleared 27 amendments to the Transgender Persons (Protection of Rights) Bill and accepted nine of the 11 major suggestions of a parliamentary standing committee, which had examined the Bill. The definition of the transgenders which had invited a lot of criticism from social right activists and the parliamentary panel, had been changed in the amendment of 2018.

Heroes of the transgender community

Earlier, she worked as an associate professor in Bengali at the Vivekananda Satobarshiki Mahavidyalaya.

Transgender people may identify as lesbian, bisexual, gay, heterosexual, or some other sexual orientation. Having experienced discrimination, prejudice, oppression, fear and shame, they share commonalties with LGB people. Like LGB people, transgender individuals should not have to hide who they are in order to have safe and satisfying lives. Many people have questions about how to send signals of inclusion to transgender people. Regardless of context, everyone can work to create environments that are more inclusive of a diversity of gender identities.

Some basic suggestions of inclusion are:

Try not to make assumptions about the genders of people you interact with. Instead of calling on “the woman in the back row,” you might say “the person in the blue shirt in the back row.”

“They” is widely becoming accepted as a pronoun that can include everyone, and is far less awkward than having to say “she or he” regularly.

True equality means holding everyone accountable in the same way, regardless of race, gender, faith, ethnicity – or political ideology.