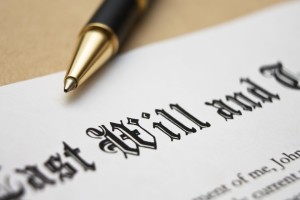 Once a will has been officially proven to be valid, the court cannot interfere and consider the validity of the will again in the proceedings. This was decided in the case of Saqib Ali Shah and others v. State of J&K and another [CRM(M) No. 611/2019 and CrlM No. 1421/2019] by Hon’ble Justice Sanjay Dhar at the High Court of Jammu and Kashmir.

The facts of the case are the respondent of the case had made a complaint against the petitioners alleging that they have fabricated and forged a Will that was executed by the father of respondent. Further it was also alleged that a mutation has been attested in the revenue record as per the order of Probate passed by the learned Principal District Judge, Jammu in respect of the said will, but, in fact, the will does not bear the signature of testator. After conducting preliminary verification, the impugned FIR came to be registered by the Police Station in Jammu.

The petitioners also contended that as per the settled position of law, a Will, after it is probated, becomes a conclusive proof with regard to its genuineness and it operates in rem. Thus, the question regarding the genuineness of the Will cannot be reopened by way of criminal proceedings. During the course of investigation, the original Will Deed was sent to FSL, Jammu for comparison of signatures and expert opinion pertaining to Will Deed of testator. As per the expert opinion, the report was found positive in favor of respondent.

Counsel for the petitioners has argued that once the Will in question stands probated by the order. It was also asserted that the investigation of the instant case is at its infancy and the same cannot be scuttled at this stage. even if the genuineness of the Will in question has been proved in the probate proceedings, the said question can be reopened in the criminal proceeding fir which it referred to the case of Iqbal Singh Marwah and another vs. Meenakshi Marwah and another, (2005) 4 SCC 370.

The court decided that it is not open to this Court in these proceedings to examine and analyze the material on record and once the Court finds that the FIR discloses prima facie commission of a cognizable offence, the Court should stay its It also said that the The law regarding the grant of probate or letters of administration has been subject matter of discussion before the Supreme Court in the case of Surinder Kumar and ors vs. Gian Chand and ors, AIR 1957 SC 875 where the Court in the said judgment observed as under: “The judgment of the Probate Court must be presumed to have been obtained in accordance with the procedure prescribed by law and it is a judgment in rem. The objection that the respondents were not parties to it is thus unsustainable because of the nature of the judgment itself”.

The court categorically stated “the genuineness of the will which is subject matter of the impugned FIR having been established in the probate proceedings, the same cannot again be called into question in criminal proceedings. , once the marginal witnesses to a will depose about the genuineness of the Will and a finding is recorded with regard to the same by the Probate Court, it will not be legally permissible to reopen the said issue in criminal proceedings”.