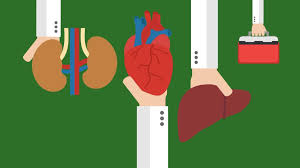 A plea seeking a direction to enable and make it lawful for the petitioner to perform Live Body Donation (Jeevit Deh Dan) of his human body and of all his living organs and tissues was dismissed by the Allahabad High Court. The High Court presided over by J. S. Yadav and J. J Banerji dismissed the plea made in the case of Ranjan Srivastava Vs. Union of India, [Public Interest Litigation No. 49 of 2021].

The facts of the case are that plea was filed by one Ranjan Srivastava to seek directions to enable and make it lawful for medical doctors/hospitals/institutions to perform the necessary medical procedures on him for his act of Live Body Donation. In his plea he sought directions from the Court that living organs and tissues from the body of the petitioner could be transplanted into the bodies of the desperately suffering needy could be done.

The Petitioner pleaded that the fundamental right under Article 21 of the Constitution gave the petitioner a right to walk into an operation theatre of a suitable facility at a suitable time and for making multiple gifts of life to desperately suffering and dying individuals.

The Court in this case was of the opinion that, “If we accede to the relief sought for by the petitioner in the present writ petition, the same would contrary to the restrictions imposed u/s 9 of the Act of 1994. It is further noticed from the provisions of the Act of 1994 that detail procedure is laid down under Chapter II of the Act of 1994 which deals with the manner for the removal of human organs or tissues or both.”

The Court further held that, “Since ample provisions have been made in the Act of 1994 as regard to removal, storage and transplantation of human organs and tissues for therapeutic purposes, we are not inclined to grant the relief as sought for by the petitioner in this petition being misconceived.”