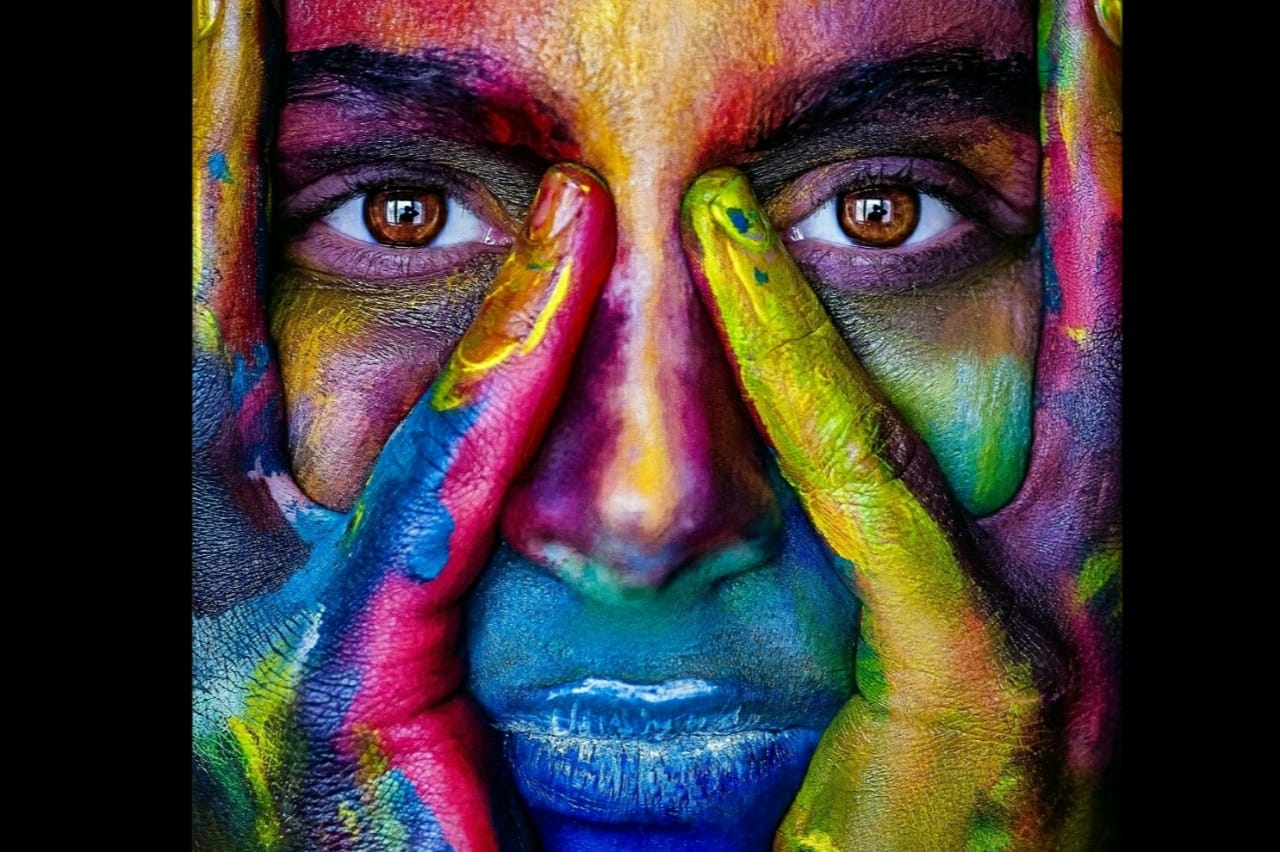 The modern scientific age aided in establishing a greater scope for crime and psychology and asserted that this process has been continuing since the evolution of mankind i.e. from wildlife to civilized state. With the growing research in this field, the jurists and psychologists have successfully been able to curve the criminal psychology to decrease and control the criminal psychics in the society.

The psychological Jurisprudence helps us to understand the relation of crime and human mind, which further encourages us to establish a meaning to the terms like ‘mens rea’ and ‘bona-fide or mala-fide intention’. By gaining knowledge regarding the psych of the perpetrators, the legislation can make laws to protect the society from such criminal minds.

The psychological perspectives regarding criminal activities are supported with three chief views. They are stated as follows:

This view was first introduced in sociological theories provided by J. Shepherdin (1981).  As per this theory, the functions of the society are as an integrated structure, and this solely depends upon the consensus agreement by its member, and these norms are to be respected by all. Thus, the legal system of a society is a reflection of what is tolerable there. The intolerant behaviour disapproved by the majority enlists some activities which can create disturbance in the stable functioning of the state and therefore is known as ‘crime’.

The theory implied that a criminal activity is anything forbidden by the law and for a crime to occur, it must be committed. It could also be interpreted that morally wrongful acts such as racism and sexism would also fall under the category of crime. This theory further elucidated that trifling acts are, though anti-social, but will not be considered as crimes. According to this school, the intention of criminal law is to secure an individual and his property.

The Conflict theory completely contradicts the Consensus view. The proponents of this theory argued, that the society is a collection of people with diverse backgrounds with conflicting ideas and not an integrated structure. They also believed that a society consists of different groups of people, such as students, professional, businessman, unions etc, and these groups are in a state of war with each other due to the irregularities in distribution of wealth and power.

In the society some people hold the ample amount of power and wealth and rest are neglected, which further provokes criminal minds in the society.

This theory peeked during 1960’s and 70’s. Marxist theory was an integral part of this school as it stated that crime was a direct result of the capitalist society and it could only be curbed through the development of a classless society.

This approach was a midway in both the views discussed above.  This was first introduced in the field of sociology as ‘symbolic interaction’. The assumptions for this particular view are as follows:

1.2 What is Criminal Psychology?

Criminal Psychology is that branch of psychology which deals with the study of the views, interactions, thoughts, actions and reactions of the criminals about the crime he committed.

According to G.H. Godjonsson and L.H.C Hawardin UK, ”Criminal psychology  the branch of applied psychology, which is concerned with the collection, examination, and presentation of evidences for judicial purposes.”

According to the Criminal dictionary,” criminal psychology is the study of will, thoughts, feelings, actions and reactions of criminal and those who are involved in any criminal activities”.

Though the concept of Criminal Psychology was brought to light in the early 20th century, but its traceable evolution has paved way for the modern criminal psychology. Just like other fields under the science of psychology, it is neither a narrow nor a theoretical concept. When it comes to legal scenario, it is considered as one of the primary clinical approach to render the real motive and causes behind any criminal activity.

Goddard, a renowned psychologist had brought to our notice that most of the juvenile as well as the adult offenders were “mentally deficient”, which concluded that the primary cause of crime and delinquency was intellectual limitation. A psychologist namely, Hans Toch in 1961, produced and edited the first ever book on the subject of criminal psychology. The early 1960s established the distinction between the psychological criminology and psychometrics.

Hans J. Eysenck, a British psychologist in his comprehension ‘Crime and Psychology’ formulated the theory that criminal behaviour is advanced by a person’s psychology. He paid emphasis on the extraversion characteristics of a person’s personality and believed that this could be attributed to both biological predisposition to seek or avoid sensations and perceiving the experiences absorbed from the environment. The theories produced by him held great significance at that time, but was overshadowed by the preference of clinical approach with growing ages.

The conceptualization of criminal psychology and the approach to deal with it, can be found in the different theories applied for punishing the perpetrator.

It is one of the oldest theory based on the belief that providing punishment for the commitment of a wrongful deed is essential. This was formulated with the ideology of ‘an eye for an eye and a tooth for a tooth’. This depicted the violent irregular criminal psychology and favoured a more revengeful approach to provide justice. It was later criticized by the jurists as it would create more vulnerability than the crime itself. Mahatma Gandhi quoted, “An eye for an eye, would turn the whole world blind”.

This primitive method of punishment suggested that severe punishments will deter the perpetrator from committing crimes. It argued that, it was necessary to create fear of punishment in the minds of people as to make them abide to the law. This theory assumed that the offenders were already suffering from mental declination and they committed crime for their personal satisfaction and therefore, the quantum of punishment will curb their ill desires.

This theory was founded on the principle that the main objective of providing punishment must be to prevent future crimes rather than avenging it. This theory was designed from a more humanitarian perspective and less criminology. It believed that by removing the anti social elements from the society would prevent further crimes from occurring.

This is a vastly followed approach for providing punishment in the modern era. This theory supports the idea of reformation of the offender rather than humiliation of punishment. This further protects the human rights of people and transformed the prisons into reformation homes. This theory threw light on the fact that if the evil element of a person is separated from him, he would become fit for the society again. This theory paved way for huge scope of research and observations in criminal psychology.

In the modern scientific era, licensed psychologist and psychiatrists are not only appointed for the assessment of an individual’s mind, but also to study the behavior and actions caused thereby. This entire process holds a great significance in order to understand and trace the behavioral patterns of criminal minds. In this process, the psychologists also study the conditions to which an individual belongs, the sufferings in his early stages of life and the arrival of criminal traits in his character.

Criminal psychologists have the final call to decide whether that offender is threat to the society or not.

3.2 Role of Psychologist in an Investigation

Applied psychology refers to the field of psychology which deals with practical implications of scientific theories to understand and give reason to the human behaviour and experiences. Thus, the applied criminal psychology deals with the methods which are to be applied, to comprehend the intent of the accused behind his act.

The psychologists are more concentrated in understanding how sociological along with psychological factors influence an individual’s brain. It is their burden to provide ‘which patients become offenders’ and ‘which offenders are already patients’. They are also expected to determine which came first, the crime or the mental disorder and ascertain the level of responsibility of the offender for the crime committed by him. On a prime note, it is of great significance to determine whether a treatment will reduce the risk of recidivism. Parallel to this, goes the genetic traits of a person, which are helpful in determining the characteristics of a person and how he reacts to various environmental factors. Psychological tests, holding a considerable validity in the eyes of court, are resorted to perform psychiatric evaluations by measuring personality traits.

The criminal psychology is a thriving subject with clear vision to emerge on the issue of crime from the psychology department and gain its relevance in the field of criminal investigations. The applied criminal psychology provides a complete comprehensive and practical guide to psychological research and techniques. Some of them are:

The conclusions of such elaborated reports are highly recommended in the courts to provide proper and efficient justice, with equity, justice and good conscience.

Menaces exist in every society, but there are several factors which prevail due to which such heinous crimes occur:

It has traditionally been observed that serial murders are mostly driven by sexual motives, and in more than half of the serial killers interviewed, a clear sexual motive has been established. The ratio of male to female criminals, including those who commit single-incident homicides, is 9:1; whereas the ratio of males to females who commit serial murder is somewhere in the neighborhood of 19:1. Serial killers operating in a pair, mostly consist of a member playing the dominant role while the other member is a submissive.

Serial killers in general pick-out their victims, and highly appealing are those who seem preoccupied, distracted, or vulnerable and whose disappearance is least likely to be noticed. Hence, the prime targets for serial murders are single women, transients, runaway teenagers, and prostitutes. The fashion of killing by a serial killer is similar in all his cases, but they are way too brutal and unique in comparison to normal murders, which make them memorable and shock the society. Some of the cases which gave the entire nation goosebumps and still haunts it’s people are:

Psychology is the study of human brain and its nerve connections understand and derive the cause of certain acts that a person performs. By studying in detail, the psychology of the criminals, the psychologists play a vital role in the entire investigation at the time of the proceedings. This also helps the legislature to figure out what laws are required to create fear in the minds of such criminals. No law can stop a mentally imbalanced person from committing crime, but a psychologist can apprehend whether the person is likely to continue such practices ahead in time. Therefore, this growing field of science holds a brighter future for the society.