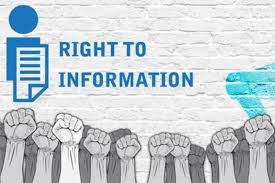 Whenever information is sought under the Right to Information Act, disclosure of interest in the information sought is necessary. Such disclosure will establish the bona fides of the applicant and prevent injustice to persons whose information is sought. The Delhi High Court presided over by J. P.M. Singh laid down this ratio in the case of Hari Kishan Vs. President Secretariat Through Its Secretary & Anr., [W.P. (C) 7976/2020].

The brief facts of this case are that the Petitioner ad made an application under the RTI Act to sought certain information with respect to the appointments made under the Multitasking Staff at the Presidential Estate, Rashtrapati Bhavan. The information provided by the Center to the Petitioner was with respect to the notification, total number of candidates, examination Centre etc., the personal information of the selected candidates i.e. residential address and father’s name was not provided. Hence, the present petition was filed by the Petitioner, stating that the Centre without giving any reason refused to provide such information.

The Counsel for the Respondent in this case submitted thatthat the information sought by the petitioner was extremely wide and, in fact, invaded the privacy of the persons who had been appointed as Multi-Tasking Staff.

The Court in this case took note of the fact that the Petitioner’s daughter had also applied for the appointment of the Staff and the Petitioner himself was earlier working in the Presidential Estate on ad-hoc basis from 2012-2017.

The Court on the merits of the case was of the opinion that the information regarding the father’s name and residential address is completely invasive and would be a roving and fishing enquiry. The Court further added that, “This Court is of the opinion that whenever information is sought under the RTI Act, disclosure of an interest in the information sought would be necessary to establish the bonafides of the applicant. Non-disclosure of the same could result in injustice to several other affected persons, whose information is sought.”

The Court further stated that the above-mentioned information is clearly protected under Section 8(1)(j) of the RTI Act i.e. any such information which constitutes personal information and is invasive of the privacy of individuals.