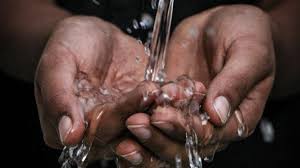 The State Government has a duty under Article 21 of the Constitution to provide clean drinking water to all its citizens. Hence, the right to access to drinking water is fundamental right. The Delhi High Court presided over by J. Jayant Nath laid down this ratio in the case of Delhi Sainik Cooperative Housing Building Society Ltd. & Ors. Vs. Union of India & Ors., [W.P.(C) 8364/2018].

The brief facts of this case are that a Petition has been filed by a group of 53 people that include retired armed force personnel, veterans & war widows. In the year 1961 under a scheme formulated by the Defence Minister where residential facilities under the scheme were provided to all the Petitioners. Due to non-availability of land government had purchased lands in Revenue Estate of Khanpur and Khirkee but such lands were never notified as urban areas in 1966. The Petitioners contended that they have been paying all the taxes to the Municipal Corporation of Delhi for the past 30 years, but they have failed to provide the basic amenities like supply of clean drinking water, sewage connection, drainage system and security etc. There have been multiple petitions filed in this court but the directions in them have not been followed or the queries have been left unanswered. Hence, another Petition in the year 2018 has been filed in the Delhi High Court.

The Respondents have submitted that, the Defence Services Enclave where the Petitioners reside is identified as one of the unauthorized colonies amongst the 1639 colonies falling in the list maintained by the NCT of Delhi. It was also argued that the colony falls in the category of “unauthorized affluent colony” and that most of the occupants are not necessarily ex-servicemen but are normal buyers.

The High Court observed that the decision taken in earlier petitions to regularize the colonies was not taken forward and nothing has been done with respect to it. The Bench also observed that, “I also cannot help noticing that the petitioners are all retired defence personnel who have devoted the most productive period of their lives defending the nation’s borders and performing other dangerous and difficult tasks normally performed by defence service officers.”

The Court further instructed all the respondents to convene a meeting of the functionaries who can take forward the decisions taken in the earlier petitions. The court on provision of basic amenities and services like right to access of clean drinking water was of the opinion that every citizen has a right to clean drinking water and hence it instructed the Jal Board to immediately make provisions for supply of drinking water. The Court further relied on the landmark case of A.P. Pollution Control Board II Vs. Prof.M. V. Nayudu (Retd.) & Ors., (2001) 2 SCC 62 and was of the opinion that, “The petitioners have been residing in the said area for the last 50 years and cannot continuously be deprived of this right to access to drinking and portable water.”