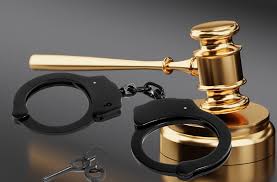 “Allowing the petitioner to remain in custody because of the reason that the offences alleged to have been committed by him are serious in nature, would amount to inflicting pre-trial punishment upon him.” The Jammu and Kashmir High Court presided over by J. S. Dhar laid down this ratio in the case of Suraj Kumar Vs. Union of India, [Bail Application No. 259/2020].

The brief facts of this case are that police intercepted a black vehicle and then later checked the entire vehicle. The Police recovered a black plastic bag which contained around 500 grams of “charas” in it. They driver of the car i.e. the Appellant was arrested.  After investigation, a charge-sheet under Section 8 and 20 of the NDPS Act was filed against the Appellant. The Appellant filed a bail application in the Trial Court but it was rejected. Hence, the present Appeal.

The Appellant stated that the quantity obtained was “intermediate” quantity as per the act and that there was no chance that he could tamper the investigation. Further, he is ready to abide by the terms and conditions laid down by the Court for grant of bail.

The Court first clarified that a Superior Court can always entertain an application if it is rejected by an inferior court as laid down in the case of Gurcharan Singh & Ors vs. State (Delhi Administration), AIR 1978 SC 179. Further, the court elaborated on the grant of bail in non-bailable offences and stated that, “The settled position of law as evolved by the Supreme Court in a catena of judicial dictums on (…) grant of bail is that there is no strait jacket formula or settled rules for the use of discretion but at the time of deciding the question of “bail or jail” in non-bailable offences- Court has to utilize its judicial discretion, not only that as per the settled law, the discretion to grant bail in cases of non-bailable offences has to be exercised according to rules and principle as laid down by the Code and various judicial decisions.”

The Court while deciding upon the case was of the opinion that “The observation of learned trial court, while rejecting the bail application of the petitioner that the offence alleged to have been committed by the petitioner is serious in nature and the same affects the society in general and the young generation in particular, cannot be the sole reason for rejection of the bail application, particularly when the allegations are yet to be established.” It further stated that, “Allowing the petitioner to remain in custody because of the reason that the offences alleged to have been committed by him are serious in nature, would amount to inflicting pre-trial punishment upon him. Every person is presumed to be innocent unless duly tried and duly found guilty. Withholding of bail cannot be as a measure of punishment. The petitioner has been arrested on 26.09.2020 and since then, he is in custody and his further incarceration will be nothing but imposition of punishment without trial of the case. Therefore, a balanced view of the matter is required to be taken by enlarging the petitioner on bail.”