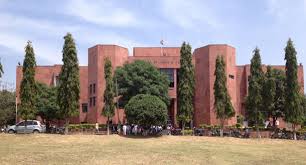 “That government of the people, by the people, for the people, shall not perish from the earth”. Lincoln’s address was a vital definitive for what stands as an affirmation in any major democratic stances. The ‘Rule of people’ has obvious accountability towards the public. Public interest paramount’s every conflict. The Jammu and Kashmir High Court presided over by Hon’ble Chief Justice Rajesh Bindal and Hon’ble Justice Javed Iqbal Wani laid this ratio in the case of Omesh Singh V/s State of Jammu & Kashmir, [OWP 1699 of 2017].

In the instant case, Court was dealing with writ appeal challenging the acquisition of certain land for construction of  Hewogan-Dhanmasta road at village Dhanmasta Tehsil Poghan and District Paristan under PMGSY Scheme. Later on, it was observed that the alignment of  3 km long road might damage around 100 households, therefore steps were being taken to realign the constructed road which eventually got approval from Central government.

In the first instance, writ petition was being filed by few people who were neither the land owners nor the residents, opposing the land acquisition, which eventually got dismissed by the High court. High court considered all the arguments of the petitioners to be hypothetical and a non-substantial reason for grievance.

HC stated that “A Perusal of the record of the case makes it abundantly clear and demonstrable that in the whole process of acquisition undertaken by the official respondents it had been less than 10 numbers of writ petitioners who felt aggrieved thereof when most of the other land owners/ residents seemingly did not challenge the said acquisition. In such kind of a situation striking a lethal blow to the entire proceedings while invoking extraordinary writ jurisdiction had been found not to be advisable by the Apex Court”.

The HC highlighted that the matters of land acquisitions should not fall within the court’s domain unless it is ex facie contrary to law or tainted with palpable malafides.

The Court relied on past judgments passed by The Supreme Court of  India such as ‘Ramniklal N. Bhutta Vs. State of Maharashtra and others’[AIR 1997 SC 1236]’, ‘Pratibha Nema Vs. State of MP [AIR 2003 SC 3140]’ and ‘Union of India v. Dr. Kushala Shetty & others [(2011)12 SCC 69]’ where the court dealt with somewhat similar situations of case dismissal in the matters of Land Acquisition.