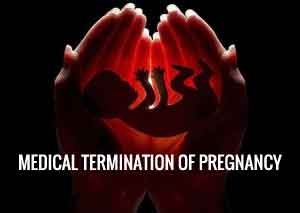 The court said that in the case of a rape victim who has not attained the age of majority, the medical termination of pregnancy can happen even after the gestational period of 26 weeks by Hon’ble Justice Justice P.V.Asha of High Court of Kerala in the case ABC vs. State of Kerala and Ors. [Civil Writ Petition No.29209 of 2020 (A)].

This decision was made in furtherance of a writ petition filed which is also associated with a criminal case of rape. The case involves a 15-year-old minor rape victim who is carrying about 23 weeks of pregnancy Her parents assert that the continuation of her pregnancy would be contrary to her interest as she was not mentally prepared to accept it. Further, she was also traumatized by the sexual assault done to her.

An interim order was passed by the court for constituting a medical board that included specialists in the matter. Their opinion was of utmost importance to the court under Section 5 of the Medical Termination of Pregnancy Act, 1971. The relevant provisions mentioned by the court state that the existence of this exception concerning the length of the pregnancy is allowed as long as medical specialists are in favor of MTP.

The opinions read that the continuation of pregnancy of teenage girls, in general, has a high risk of developing serious medical conditions. Also, the failure to conduct MTP may result in excessive blood loss and thereby be a threat to her life.

The court took note of past judgment where the Supreme Court permitted termination even though the gestational age was 25-26 weeks in the case of A.V Union of India (2018) 4 SCC 75. Another aspect to be dealt with was with the age of the minor and for this the court referred to Murugan Nayakkar v Union of India: 2017 SSCC online SC 1092 where termination of pregnancy of a 13-year-old child was allowed when the gestational age was 26 weeks.

The court also ordered to take proper care of the child if the baby was born alive. For this, it took the help of the judgement laid down in  XYZ v. Union of India and Others [2019(3) Bom, CR 400)] where it was held “In case a child is born alive, despite attempts at the medical termination of pregnancy, the parents, as well as the doctors, owe a duty of care to such child. The best interests of the child must be the central consideration in determining how to treat the child. “

After taking into consideration the aforementioned judgments, the court concluded that the child was unprepared in light of the trauma that she had gone through. Moreover, the opinion that was given by the medical professionals also gave weightage to the judgement of the court.

The court allowed the petition and directed the respective authorities to take action accordingly with immediate effect.