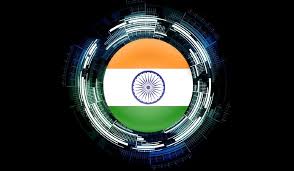 The present article tries to draw a real picture of India’s dream of becoming a superpower, India’s emerging position as a world leader in the UN, and how this emerging superpower was affected by the Covid-19 pandemic. The author here wants to gain the attention of its readers on the recent happenings which worked in favor of India (especially in the Indo-Pacific region). These recent events include; defense agreements, treaties, diplomatic achievements, important international dialogues &, etc.

India is an ancient land where endless human advancements flourished. It is a nation which, has withstood the assaults of time and maintained its way of life as a free, independent country. India is a place that is known for variety, monotony wears on the soul.

A nation that is the house of more than one-sixth of the worldwide populace, it is a country that is lively with the fantasy of its kin. India of the 21st century isn’t only a country, yet a fantasy a dream of incalculable spirits trying to have a place with a solid, confident, ground-breaking and self-reliant country.

In the start of 1990-91 the then Prime Minister P.V. Narasimha Rao was forced to proclaim that “our coffers are unfilled” and India had to vow its gold to get the scant forex. Yet, in 2004 Prime Minister Dr. Man Mohan Singh in his Independence Day discourse stated that, “From being a borrower, India today loans cash to the less fortunate and poorer countries”.

Prior to this pandemic India became the 5th largest economy in the word, and the GPD growth of India’s economy seemed to be rising at a very promising rate, but due to the pandemic this economic growth was hugely affected, making the GDP growth of India fall to its record low of negative 23.9%. It was a huge blow to India, which made us question our dreams of becoming the global superpower. [1] But fortunately in the 3rd economic quarter of this fiscal year, we are observing, the restoration of steadiness and hope in our economy, with rapid growth from a negative 23.9% to a positive 0.1%.[2]

This present paper tries to discuss in details about how the changes brought to the world along with the pandemic is working in favor of India and how India is using it for its advantage and emerging as a world superpower. This paper not only focuses on the economic aspect but also the military, political & diplomatic aspect, more of which is discussed in the later part of this article.

United Nation should undoubtedly, the most significant position in establishing today’s world order, the foundation of which was laid in the year 1945. Presently there are 193 countries which are registered as “members State” in UN. The founding charter of UN forwarded the purpose for which this organization was established and it has further records many-a-few guiding principles which regulates all the current missions and works of UN. There are 6 main organs of UN that includes UNSC, UNGA and ICJ.

United Nations Security Council (UNSC) is unarguably one of the most important organs of the UN. The membership into this organ holds the most controversial and discriminatory aspect of UN. The membership into UNSC is regulated as per the UN Charter which states that, “The security council shall consist of 15 members of the United Nations”.[3] Of these 15 members, 5 will be the permanent members[4] and others non-permanent. Now the election for the non-permanent members happens every year, where 5 countries are elected for the term of 2 years. The election of the non-permanent members has to follow the rules of UN charter which also provides the fixed quotas for different regions; this ensures uniform representation of countries of different region to the UNSC. Currently 2/10 seats are fixed for the countries belonging to the Asia pacific. Indonesia and Vietnam were elected as non-permanent members from Asia-pacific region, of which Indonesia is to retire, giving its position to India in January of 2021.This is 8th time that, India has won the non-permanent seat of UNSC.

India’s candidature to this year’s UNSC’s election was unanimously endorsed by 55 countries of Asia pacific region including China & Pakistan who presently are, having direct military and diplomatic confrontation with India. This unopposed endorsement of Indian candidature to UNSC’s membership shows the success of Indian diplomacy, in the indo-pacific region which was able to mold the decision of countries such as Pakistan, which is considered to be the sole nemesis of India along with china, who consider India as their biggest hurdle. The biggest highlight of this election is the voluntary suspension of Afghanistan’s candidature from UNSC election for India.[5]

What makes this position in UNSC so important to India? Post the covet-19 it’s being assumed by many diplomats and political-analysts that, the year 2021 & 2022 are going to be very crucial for India, who has always supported the idea of reformation in UNSC, along with its demand of a permanent seat in the Security Council. Moreover, it’s important to note the rapid increase in the number of countries, supporting and advocating India’s demand for reformation in current UNSC which doesn’t “represent the geo-political realities of the 21st century”.[6]

According to “The Print” article, India’s External Affairs Minister, S. Jaishankar releases an statement stating that, “India’s win in the UNSC election will bring ‘Five S’ approach to the world.” The 5 ‘S’ approach here includes; Samman, Samvas, Sahayog, Shanty & Samriddhi of all. The External Affairs Minister further supplements that it’s through using this approach that India will move near the direction of a novel orientation for the “reformed multilateral systems also known as norms.”[7]

The international courts may not be effective in delivering justice, by punishing those who are responsible for spread for this pandemic but the world can’t look the other way as China and its accomplice break the rules; the accomplices like the China and the World health Organization; an institution which has been parroting China’s statements since the very beginning.

The WHO is made up of the UN member states (194 members), the challenges that it faces are institutional. The WHO is as effective as the nations which make up its body, so cutting funds and issuing threats to WHO by some members like US, will not really work in the long term, there has to be a leader, someone will have to get their hands dirty and fix the flaws in the system, can that someone be India? There’s a probability for that to be a reality. Starting from the 22nd May 2020, India was given the leadership role of WHO. India’s nominee is appointed as the WHO’S executive board chairperson. India’s nomination was unanimously upheld by the south-east Asia group last year. India thereby took-over this leadership role in WHO replacing Japan and is expected to hold this post for a minimum of 3 year.

The author here forwards some recommendations which the government of India can and must do to fix the broken system of this body, which are as read;

The new phase to Indo-ASEAN relationship began with the change in India’s views towards the south-east Asian countries, this view of India is reflected in its 1991 foreign policy of “Look East”, which in 2018 was renewed to “Act East Policy”.[8][9] Now the question was, Should India forgo its policy of “Act East” and concentrate more in other organization like the Quad-Groups, SAARC nations & etc, which satisfies more of India’s security interest?

Considering all the challenges before ASEAN that affected it’s relevancy to India (such as, its failure of ASEAN to gather uniform consensus, ASEAN’s bent towards China in major trade agreements like RCEP and OBOR, Reluctance of few ASEAN countries to go against China and etc[10]) author’s view to the above question would have been in positive, but after observing all the changes within this ongoing pandemic, the author believes that, India’s “Act East” policy which centrally focuses on the ASEAN countries is still very much significant to India, to ensure India’s strategy to counter china’s “String Of Pearls”.[11] Some of the major developments which change the author views on ASEAN’s relevancy to India are as discussed hereunder[12]:

The increasing aggression of china, towards its neighbors’, be it India in the Himalayas or the ASEAN countries in the south china sea, is now forcing these countries to change it strategy towards china from passive resistance to now active aggression. For example, the repeated intrusion of the Chinese into the Vietnamese Exclusive Economic Zone, which lead to the death of few Vietnamese sailors in the past few months have aggravated the whole situation to a next level and the accusation on Chinese to have intentionally started this pandemic, doesn’t make things any better for the ASEAN-china relation but on contrary to this, it has brought India and ASEAN a lot closer, due to the mutual threat for both which is china. These recent incidents have created a drastic change in the views and interest of the ASEAN countries towards china. Earlier, where there we use to see the failure of ASEAN to gather uniform consensus on this matter, now we observe a sought off uniformity among them.

We all know about the “String Of Pearls”, which is the Chinese strategy to encircle India in the Indian ocean by continually developing significant strategic bases around India. For years now, India remained unsuccessful to form a useful alternative to counter the string of pearls strategy of Chinese, the reason for it being is the lack of capitals to to afford creating such bases which is huge. But now India has come up with a much affordable and useful strategic plan, where we by signing security agreements with other foreign countries promise to share each other’s naval bases and ports for strategic and commercial use.

Further, Indian strategic experts with the same principle as above have formed a new strategy of “Necklace of Diamond”[14] as a counter to Chinese “String of Pearls”. The necklace of diamond or garland of diamond strategy mainly aims at encircling china in the South China Sea. This plan of India seemed nearly impossible few years back but with the transformation in the “geo-static relationship” things have changes for good. For making these diamond strategies successes the ASEAN countries are very significant for India, this is because India has already signed significant deals with ASEAN countries like Singapore & Indonesia, and the discussion for such other agreements with rest ASEAN countries are still in progress.

The authors suggestion for India, if it wants to use ASEAN’s support and their ports as a way to counter china, is to 1st ensure the stability of the union and then create medium to attain uniform consensus or understanding among them by letting them know of the benefits they will achieve form this which might be ranging from soft loans to security, from free trade deal to tourist promotions and etc.”

The author of this present article aims at drawing a clearer picture of India’s dream of becoming global superpower. The present paper mainly focuses on 2 major aspects, relating to India’s emergence as the world leader; first being the India’s evolving position in UN and the second being the Changing nexus between Indo-ASEAN countries post covet and why ASEAN’s relevance to India changed post the pandemic, which also includes the Indian strategy of “necklace of diamond” as a way to counter the Chinese strategy of “string of pearls”. And the very end of this paper the author has forwarded her suggestions and opinions of the concerned issue.

[4]The permanent members of the UNSC are namely; China, France, Russia, UK and US