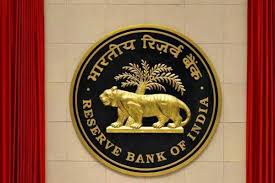 The Master Circular issued by the Reserve Bank of India that deals with the classification of accounts as fraud accounts should read principles of natural justice into it. The Court states that the account holder must be heard before declaring them as ‘fraudulent borrower’ or as a ‘holder of fraudulent account’. This ratio was held by the Telangana High Court presided over by C.J. R.S. Chouhan & J. B.V. Reddy in the case of Mr. Rajesh Agarwal Vs. Reserve Bank of India & Ors., [Writ Petition No. 19102 of 2019].

The Reserve Bank of India under Section 35A of the Banking Regulation Act, issued a Master Circular titled as “Reserve Bank of India (Frauds Classification and Reporting by Commercial Banks and Select FIs) Direction 2016 which was subsequently updated on 30.06.2017. The Petitioner in this case i.e. Mr. Rajesh Agarwal, Managing Director of the company BS Limited, challenged the decision passed by the State Bank India’s Fraud Identification Committee and Joint Lender’s Forum of classifying his company’s account as fraud. The Petitioner alleged that the Master Circular did not contain provision of Principle for Natural Justice and that he was not given a chance to give any explanations. Hence the present Petition.

The Court rejected the argument of RBI that applying principles of Natural Justice will defeat the purpose of maintaining urgency. The court observed that, “A holistic analysis of the Master Circular clearly reveals that although it is important to report the discovery of a fraud to the RBI, although it is essential to initiate the criminal investigation within a short period, but nonetheless, a sufficient ‘warning signal system’ is built into the system, so as to alert not only the banks forming the Consortium, not only the RBI, but also the other banks. Therefore, the argument raised by Mr. B. S. Prasad, and Mr. B. Nalin Kumar that, unless urgency 1s shown in declaring a borrower as a fraudulent borrower, the entire banking organization may be exposed to further fraud by a borrower, is bereft of any merit. For, firstly, there is an inbuilt system for early detection and reporting of possible fraud. There is a system for checks / investigations during the different stages of loan life cycle – beginning with the pre-sanction, disbursement and annual review. Secondly, once a suspicion arises that there is some fraudulent activity, early warning signals can be triggered off putting the rest of the banks on high alert, while dealing with an alleged fraudulent borrower. Thirdly, an account can be declared as RFA by the Fraud Monitoring Group. Therefore, a complete safety system has been prescribed by the Master Circular. Hence, the contention that urgency demands that principles of natural justice should not be read into the Master Circular, is a fallacious contention.”