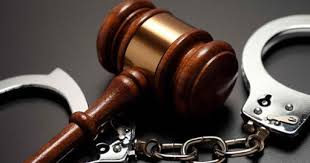 “The circumstances concerned “must” or “should” and not may be established. In this case, there is no clinching evidence that the deceased and the accused were sleeping on the first floor as P.W.3 does not know about that aspect of this case.”, this remarkable stand was forwarded by Hon’ble Odisha High Court, in a two judge bench chaired by Hon’ble Justice Mr. S.K. Mishra & B.P. Routray, where the judgment was advanced in the Criminal Appeal case of Rajesh Thappa V. State of Odisha, [JCRLA NO.37 0F 2004].

The appellant, in this appeal, assails the judgment of conviction and order of sentence dated 13.2.2004 passed by the learned Additional Sessions Judge, Jharsuguda in S.T. Case No.228/23 of 2000 convicting the appellant under Section 302 of the Indian Penal Code 1860 (hereinafter referred to as “I.P.C.” for brevity) and sentenced him to undergo imprisonment for life for having committed murder of one Rajib Singh in the night of 26.3.2000.

Rajib Singh was running a Hotel situated at Bijunagar of Jharsuguda. The accused-appellant was an employee of the said Hotel. In the night of 26.3.2000 Rajib Singh went to sleep in the upstair of his Hotel after his day to day work. In the morning of 27.3.2000 Rajib Singh was found injured in the upstair with severe bleeding injuries on his head and face. One ‘Katari’ used for cutting meat stained with blood was found near Rajib Singh. The gold chain which he used to wear was not in his neck. The employees of the Hotel removed Rajib Singh to Headquarters Hospital, Jharsuguda for treatment. During treatment in the said Hospital, Rajib Singh expired on 18.4.2000. The Medical Officer of Kalinga Hospital reported the death of Rajib Singh at Chandrasekharpur Police Station, Bhubaneswar. On such report the case was registered. After receipt of the report about the death of Rajib Singh the case was turned in a case of murder and Police of B.T.H. Out Post investigated into the case.

After examining all the submissions, arguments and evidences forwarded by the councils, the Hon’ble HC observed that, “The prosecution has also not subjected the accused for medical examination though it is admitted by the I.O. that the accused was assaulted near Bombay Chhak, which is about 100 yards from the hotel of the deceased. In such a situation it was the duty of the prosecution to determine the blood group of the accused in order to obviate any possibility of his own blood staining his own wearing apparels. This having not been done, though individually will not demolish the prosecution case goes a long way in not being a basis of conviction in view of the lacuna found in the prosecution evidence as we have discussed in the preceding paragraphs. The prosecution has not established each and every circumstance except the one relating to nature of death of the deceased, with a certain degree of certainty. In fact many of the circumstances relied upon by the learned Addl. Sessions Judge, especially the circumstance nos.3,4 and 5 are not fully established.”

The bench further added that, “In that view of the matter on a conspectus of the entire materials available on record, we are of the opinion that the prosecution has not established the very case it proposes by proving each circumstance beyond all reasonable doubt, for establishing a complete 14 chain of circumstances unerringly pointing to the guilt of the accused.”