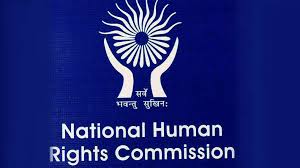 The brief facts of this case are that a Petition was filed in the High Court regarding an encounter in which 3 laborers were killed. The FIR initially registered stated that it was an encounter carried out against terrorist. Later, the Armed Forces released a press report stating that the encounter was fake. The Petitioner filed this petition quoting that this was a “blatant violation of human rights.”

The Petitioner cited the landmark judgment of People’s Union for Civil Liberties Vs. State of Maharashtra & Extra Judicial Execution Victims Families Association Vs. Union of India and stated that the guidelines laid down by the Supreme Court of India are not being followed which will eventually lead to destruction of evidence if immediate steps are not taken in this case. Further, after the J&K Reorganization Act, 2019 the J&K State Human Rights Commission has ceased to exist and despite Section 21 of Protection of Human Rights Act, 1933, mandating a Human rights commission in every Union Territory, Jammu & Kashmir does not have any commission.

The High Court in this case observed that a Petition filed by the parents of the deceased have a similar prayer and so this petition cannot be entertained. The Court stated that “once the parents of the deceased can approach this Court by filing a writ petition prior in time, they can always raise whatever grievance they have. In such a situation, public interest petition filed by a third party cannot and should not be entertained as he has no locus or cause of action to raise that dispute. It cannot be said to be in larger public interest as the guidelines for investigation in such type of cases have already been laid down by Hon’ble the Supreme Court in the cases referred to by the petitioner himself.”

The Court with respect to the issue of Human Rights Commission was of the opinion that “Prior to the enactment of the Reorganization Act, the Jammu & Kashmir Protection of Human Rights Act, 1997 was applicable in J&K. In exercise of powers conferred thereunder, the J&K State Human Rights Commission had also been constituted, which was wound up after the enactment of the Reorganization Act. The residents of J&K, if having any grievance regarding violation of their human rights, may have to approach the National Human Rights Commission.” Further the court referred to the notification issued by the Ministry of Law and Justice on 07.02.2019, that the Court of Principal Sessions Judge of each district has been designated as Human Rights Courts. Lastly, with respect to setting up State Human Rights Commission, the court observed that, “The matter in that regard especially with reference to the provisions of Section 21(7) of the Act of 1993 needs to be examined by the Government so that proper remedies are available with the aggrieved persons, who are having any grievance regarding violation of their human rights.”