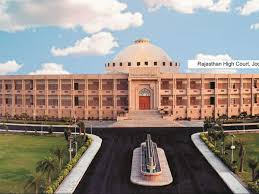 Schools to abide by the State Government’s order to charge reduced amounts of fees as prescribed under the notification. The State Government in light of the unprecedented times issued an notification instructing all schools affiliated with the State Board to charge 60% of the tuition fees and private schools affiliated with various other Boards to charge 70% of the tuition fees. This ratio was laid down by CJ. Indira Mahanty & J. Satish Kumar Sharma of the Rajasthan High Court in the case of Sunil Samadaria Vs. State Government of Rajasthan & Ors. [D.B. Special Appeal Writ No. 637/2020].

In light of the current circumstances when the country was going through a lockdown, economy suffered a heavy loss and many people have lost their source of income. Due to these unprecedented times the State Government of Rajasthan instructed the schools to defer the collection of fees for 3 months and in July this order was extended till the time schools reopened. On 28/10/2020 the Government through a notification directed all the schools to affiliated with the state education board to charge 60% of tuition fees and private schools affiliated to CBSE to charge 70% of the tuition fees, the order further directed that no student was to be expelled due to non-payment of fees however, they can be denied to attend online classes and also stated that no school may charge any fee for extra co-curricular facilities that are not provided by them such as laboratory or library fees. Hence a writ was filed by a group of schools against the government’s order.

The Counsel for the Schools argued that the Government had no authority to instruct the school of the private board to charge fees of a certain amount. Further, there were no provisions in the Disaster Management Act, 2005, which gave the government to issue such directions. Lastly, the counsel argued that the schools also incurred a lot of expenses like salaries  and maintenance and a reduction in fees would cause a lot of hardships for the schools as they would not be able to cover all the expenses. Hence, an appeal was made to the court to quash this order of the State Government.

The division bench of the Rajasthan High Court took note of the ‘unforeseen’ and ‘unprecedented’ circumstances and stated that the State Government has the authority to issue such orders keeping in mind the well-being of the public. The Court was of the opinion that, “It is true that in a normal situation the private schools are entitled to collection of school fees as per the provisions of the act of 2016 but as discussed above provisions of the Disaster Management Act, 2005 have an overriding effect on all other statues and the impugned orders have been found to be issued under the act of 2005 for mitigating the plight of the citizens in unprecedented crises of the COVID-19 Pandemic. Therefore, the impugned orders can’t be termed as invalid or inexecutable.” The Court further stated that, “all the impugned orders and the alternative mechanism suggested by the State Government during the course of hearing have not been found to be without competence and authority. In the wake of the unprecedented situation of the COVID-19 pandemic, the State Government has taken necessary steps in the due exercise of its powers in order to mitigate the plights of the citizens. No bias or any sort of partiality or unfairness can be imputed on the part of the State Government as it has tried to strike the balance between the schools’ management and the parents, thus, no case is made out for interference by this Court into the above policy decisions of the State Government.”