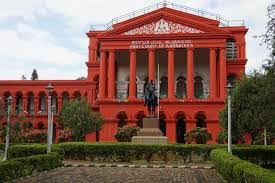 Writ Petition against the Bar Association of the Court is maintainable in the Court of law. The Karnataka High Court in its recent judgment held that a writ petition is maintainable against the Bar Association registered under the Societies Registration Act. This ratio was laid down by the Division Bench of the High Court comprising of J. G Narendar & J. M I Arunhas in the case of Shri Chandrakant Vs. Karnataka State Bar Council [WRIT APPEAL NO. 100141/2020].

The brief facts of this case are that an election was held for the Managing Committee for the period of 2019-2020 to 2020-2021, and the Appellant was elected as the Vice President and one A.G. Mulawadmath was elected for the post of President by defeating the 4th Respondent in this case (Patil). Madumath passed away in August 2020 and in light of the sudden demise a meeting was held to authorize the Appellant to operate the banks accounts and discharge the other official work of the President. Later in the month of September 2020 another meeting was held to immediately fill the post of the President and to make the co-option of the Election as a President. Lastly in a meeting held in the month of October 2020 the co-option was made the President despite the opposition and objection. The Appellant filed a writ petition in the High court to restrain the 4th Respondent from holding the post of the President. The Bar Association filed a Statement of Objection questioning the maintainability of the Petition. An Appeal was made to the division bench of the High Court.

The Division bench of the High Court was of the opinion that, “The point of maintainability of the writ petition as against a Bar Association has specifically contended and the Courts have consistently held that the Bar Association is amenable to the writ jurisdiction and that a writ under Article 226 of the Constitution of India is maintainable against the Bar Association, more so when the issue involved is the sanctity of the elections. We are in complete agreement with the views expressed by the various High Courts.” The Court further held that “Single Judge has failed to consider the scope and ambit of Article 226 of the Constitution of India which clearly empowers the High Court to issue prerogative writs even to private entities. When and in which case such prerogative writs can be issued depends on the facts and circumstances of each case. The instant case involving co-option of a defeated candidate to an elected post of President of the Association is a circumstance which is not only flagrantly contrary to the bye laws and to democratic principles and is a situation that warrants consideration by the High Court. In our considered opinion, the action complained off shocks the judicial conscience of this Court.”