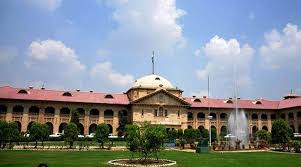 The High Court while adjudicating upon a case passed an order stating that if a Hindu Man want to adopt a child the consent of his wife is necessary. Even if the husband and wife are living separately and are not divorced in such cases the consent of the wife is necessary. If the consent is not obtained, then the adoption will not be considered valid. This order was passed by the Allahabad High Court in the case of Bhanu Pratap Singh Vs. State of Uttar Pradesh & Ors., WRIT – A No. – 10300 of 2017.

The counsel for the Petitioner cited various cases where the validity of adoption is in question factors like the ceremony of adoption and long duration of time has to be given due weight. After analyzing a serious of cases and hearing both the sides the court was of the opinion that The court has said that the adoption of the petitioner has not been done in a legal manner as the Hindu adoption law requires wife’s consent to adopt a child until and unless the wife is not alive or ceased to be a Hindu, or a competent court declares her mentally unwell. Hence, in this as the uncle of the Petitioner and his wife were living separately and were not divorced the consent for adoption was necessary. As in this case no such consent was taken the adoption was not considered valid.