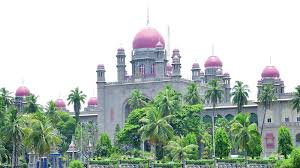 The Telangana High Court adjudicated upon a bail petition involving a case of honour killing. The High Court while adjudicating upon the case was of the opinion that even after 73 years of Independence social evils like the practice of honour killings is still prevalent in India. Even after such advance thinking and modern mindsets the society believes and carries out such practices which are unethical and against the fundamental rights of the citizens. The High Court while adjudicating upon the bail plea stated above in the case of Gudur Sandeep Reddy & Ors. Vs. The State of Telangana, Criminal Petition No. 5819, 5939, 6095 & 6097 of 2020.

In the case the Petitioners before the High Court submitted that the allegations made against them are baseless and vague. There is no proof or evidence that all the accused had conspired and were present at the same time at the crime scene. The Prosecution opposed the bail plead and stated that there were submissions made by the accused in the remand that proved their was a clear intention of murder involved. Further, the case involves a heinous crime of honour killing and if a bail is granted in this case a wrong message would be conveyed to the society.

The Single Bench Judge of the High Court strongly opposed the social evil of honour killing and stated that, “This is not for the first time such an incident was happened in India, more particularly, in the State of Telangana. Honour killings have been happening now and then. Unfortunately, even after 73 years of Independence, the said incidents have been happening in India. ‘Honour Killing’ is another social evil which Indian Society is facing. ‘Honour Killings’ are still holding their place in today’s society in spite of modern mind set and advance thinking. It is a global phenomenon. Even the advanced Countries, like United Kingdom, United States of America are facing the said problem. The statistics given by the National Crime Bureau on the honour killing shocks the conscious of the people of India.” The court further stated that the practice of honour killing is strictly unconstitutional and is against the fundamental rights guaranteed under the Constitution. The Court in this case rejected the plea to grant bail to the accused in the case on the basis that there are sufficient grounds based on the evidences and materials placed on record to believe that the Accused has committed the Crime.

The Court came down heavily upon the Police Authorities as well as the Complainant had asked for help from the local police station for protection but no such efforts were made by the Police to prevent the incident and hence their conduct was not satisfactory and they have failed in carrying out their duty. The High Court instructed the police to take proper steps and precaution to prevent such incidents in the future.