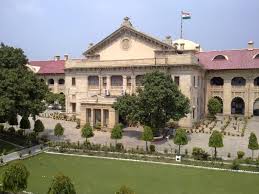 “Deprecating the averments in the petition with regard to a woman, we reprimand the petitioner from making allegations in a casual manner” the Allahabad High Court said, while disposing of a writ petition in Shiv Ram v. State of UP & Ors. [PIL No. 1442/2020].

A PIL was filed by the petitioner on the grounds that there was a sex racket being run in the vicinity. He had filed a mandamus writ petition seeking Court orders directing the Senior Superintendent of Police, Kanpur Nagar to look into and take action against the “racket”.

Headed by Chief Justice Govind Mathur, the bench found that over the course of the petitioner’s averments he had made allegations against several women who he claimed were running the racket together. However, only one woman was named in the petition. These allegations were found to be ‘reckless and ill-founded’; the petitioner had also submitted similar information to locality’s police officials.

The petitioner in his representation to the Court stated that he had evidence in the form of several video cassettes and audio recordings, but the woman against whom the allegations had been levelled was not even made a party to the proceedings. The Court opined that a standard of minimum decency was required when it came to disclosing the identity of a woman. They reprimanded the plaintiff for the way he had done so in his petition.

Order I Rule 1 of the CPC states that any party against whom “any right to relief in respect of, or arising out of, the same act or transaction or series of acts or transactions is alleged to exist in such persons, whether jointly, severally or in the alternative” maybe added as joinders to the suit. In the present case, the petitioner, despite naming one woman, did not add her as a respondent to his petition.

The Court directed the police to look into the matter discreetly if needed, but reprimanded the plaintiff for “making allegations in a casual manner”. He was criticized for the averments of his petition and the writ petition was dismissed.

While the PIL is an important tool in protecting our liberty, we must not misuse it to further our own personal agenda. In this case, the evidence compiled by the petitioner constituted several video and audio recordings of the site of the alleged racket, but with no definitive proof. To film someone against their consent is a violation of their Right to Privacy, and the court recognized that standards of decency had to be maintained when collecting such sensitive information. The rule of law under the CPC was upheld by dismissing the petition, as a necessary party to the suit had not been added as a respondent.