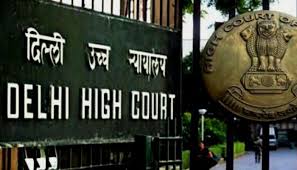 For the offence under Section 138 N.I. Act, the presumptions under Sections 118(a) and 139 have to be compulsory raised as soon as execution of cheque by accused is admitted or proved by the complainant and thereafter burden is shifted to accused to prove otherwise. These presumptions end only when the contrary is proved by the accused, that is, the cheque was not issued for consideration and in discharge of any debt or liability. A presumption is not in itself evidence but only makes a prime facie case for a party for whose benefit it exists. This judgment was pronounced by the single judge bench comprising hon’ble Justice Suresh Kumar Kait at Delhi High Court in the matter of Rajesh Kumar v. Mehrotra Impex Pvt. Ltd. [CRL. MC. 1977/2020].

The facts of the case are the petitioner was running a small garment factory. Since around 2009, he was managing the respondent. Lastly during 15.11.2010 to 29.12.2010, he had bought some fabric materials from the respondent on layaway basis, upon specific terms and conditions. Respondent gave seven invoices of various sums for the material bought during 15.11.2010 to 29.12.2010. In the main seven day stretch of July, 2011, last record hosts been commonly settled between the parties and in this way eight cheques (without referencing dates) having all out estimation of Rs.17,68,000/ – were given over to the respondent. The petitioner had offered these cheques for making sure about the obligation of the respondent.

Petitioner had vowed to pay part installments time to time. The respondent had guaranteed that in the wake of getting all the due remarkable installments, all the eight undated security cheques would be returned back to the petitioner. Promptly from that point, in the most recent seven day stretch of July, 2011, against the absolute obligation of Rs.17,68,000/ -, as guaranteed, the petitioner had made a section installment of Rs.2,00,000/ – to the respondent. This part installment of Rs.2,00,000/ – was made on 22.07.2011 through compensation request. The said installment was made against running record and on 19.04.2014

The matter when went to the trial court, the respondent had conceded the said truth under the steady gaze of the scholarly Trial Court. The instalment was not made against a specific check, truth be told, it was made against all the stored checks. In this way, in the wake of making the part instalment of Rs.2,00,000/-, the complete extraordinary contribution/risk of the candidate had been diminished to the measure of Rs.15,68,000/-. On 19.04.2014, AR of the respondent obviously conceded that the last charge balance was Rs.15,68,000/-. Instead of complying with the order of conviction dated 25.05.2019 the petitioner challenged the judgment dated 15.05.2019 before the Additional Session Judge, Saket Court, Delhi. However, the said appeal was also dismissed vide judgment dated 27.02.2020. Consequently, the matter is pending before the Learned Metropolitan Magistrate, for compliance of the Order of Conviction dated 25.05.2019. However, the petitioner has failed to appear and has been declared an absconder vide order dated 18.11.2020. Despite the above conduct of the Petitioner, in an audacious attempt the Petitioner has filed the present petition under Section 482 Cr.P.C. seeking compounding of the offence for which he has been convicted as also seeking other reliefs which are beyond the jurisdiction of this Court under the provisions of Section 482 Cr.P.C. In view of the above the present petition is liable to be dismissed since the Petitioner is not serious in complying with the directions of this Court passed in C.S. (OS) 2379/2013 or Order of the Learned Metropolitan Magistrate, Saket Courts. Delhi and has been avoiding the due compliance of such directions and further has been running away from the law. Vide the present petition under Section 482 Cr.P.C., the petitioner has sought to combine the Civil Execution Proceedings pending before the Learned Additional District Judge, Tis Hazari Court, Delhi, and the criminal proceedings pending before the Learned Metropolitan Magistrate. The said reliefs cannot be granted since both proceedings are mutually exclusive and are pertaining to different reliefs since one is pending before the Additional District Judge for execution of the settlement decree dated 29.01.2015 and the other is before the Learned Metropolitan Magistrate for compliance of the order of conviction and which has been disposed of vide order 18.01.2020 whereby the petitioner has been declared an absconder after due procedure under Section 82 Cr. P.C. was followed.

The hon’ble High Court of Judicature at Delhi has held that there has been default, in making payment, on the part of petitioner since July 2011. Despite the decree passed by this Court and conviction by the Trial Court, till date respondent has not received the payment due. The legal fight of the respondent had started from the legal notice dated 11.08.2011 and continued till date. Thus, the respondent was compelled to run from pillar to post. In such circumstances as in the present case, the petitioner deserves no leniency or sympathy. In view of above facts and the law discussed, I am of the view that there is no illegality or perversity in the orders passed by the Trial Court and Appellate Court as well. Finding no merit in the present petition, the same is dismissed with no orders as to costs. Pending application also stands disposed of.