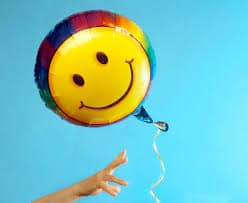 Even if there might be some contradictions with respect to language known by the victim, in that case also, it cannot be said to be the major contradictions to disbelieve the entire   medical   evidence   on   the   mental   status   of   the   victim. They are not to be exploited; Supreme Court held in Chaman Lal v. The State of Himachal Pradesh (Cr. Appeal No. 1229 of 2017)

The father of the prosecutrix lodged an FIR against the accused   with   the   allegations   that   on   1.4.2008,   his   wife Dhaneshwari Devi telephonically informed him at Shimla that their daughter (prosecutrix) is pregnant.  It was alleged that the prosecutrix told her mother that when she used to go to jungle to graze goats and cattle, accused also used to go to jungle to graze cattle and goats.  The prosecutrix told her mother that three four months ago, accused had sexual intercourse with her forcibly and   without   her consent. The   accused   threatened   the prosecutrix not to disclose the incident to anyone.  Due to fear and due to forgetting the same and further due to mental weakness, she did not disclose about the incident to anyone including her mother.   The prosecutrix was got medically examined and as per the Medical Officer   the prosecutrix was carrying a pregnancy of 31 weeks.  Her age was stated to be 19years.  Prosecutrix was alleged to be mentally retarded.  She was medically examined at IGMC, Shimla as well as PGI, Chandigarh Prosecutrix gave birth to a female child on 19.6.2008 at KNH, Shimla.   Blood samples of the prosecutrix, the baby and the accused were taken for DNA test.  As per report, accused was the biological father of the female child.  The accused was arrested. After completion   of   the  investigation,  the   Investigating  Officer submitted the charge-sheet against the accused for the offences  under Sections 376 and 506 IPC.  The accused pleaded not guilty and therefore he came to be tried by the learned trial Court for the aforesaid offences.

Feeling aggrieved and dissatisfied with the judgment and order of acquittal passed by the learned trial Court, the State preferred appeal before the High Court and by the impugned judgment and order and on re-appreciation of the entire evidence on record, more particularly the medical evidence, the High Court has reversed the order of acquittal and has convicted the accused for the offences under Sections 376 and 506 IPC by observing that the prosecutrix was not in a position to understand the good and bad aspect of the sexual assault. On re-appreciation of the entire evidence on record the High Court came to the conclusion that the IQ of the prosecutrix was 62 and that she had mild mental retardation.

Feeling aggrieved and dissatisfied with the impugned judgment and order of conviction and sentence passed by the High Court convicting the accused for the aforesaid offences, the original accused has preferred the present appeal in the Supreme Court.

Merely because the victim was in a position to do some household works cannot discard the medical evidence that the victim had mild mental retardation and she was not in a position to understand the good and bad aspect of sexual assault. It appears that the accused had taken disadvantage of the mental illness of the victim. It is required to be appreciated coupled with the fact that the accused is found to be the biological father of the baby child delivered by the victim. Despite the above, in his 313 statement the case of the accused was of a total denial. It was never the case of the accused that It was a case of consent.

In the present case, the accused has exploited the victim by taking disadvantage of her mental sickness/illness. Therefore, no interference of the Supreme Court against the impugned judgment and order passed by the High Court convicting the accused is called for. And thus, the appeal was dismissed.