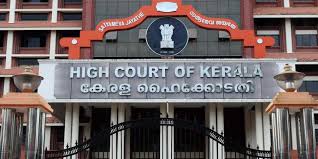 Election symbols are considered essential in a country like India where the literacy level of voters is not satisfactory. It is also a statutory requirement under the Conduct of Elections Rules, 1961. As there is no statutory provision regulating the allocation of symbols to political parties and candidates in elections, the duty, and power to regulate the allocation of symbols would vest with the Election Commission even in the absence of Paragraph 15, in view of Article 324 of the Constitution of India was held in the case of P.J Joseph vs Election Commission of India, WP(C).No.18556 OF 2020(T) by the bench comprising of Justice N.Nagaresh.

In the present case, two writ petitions have been filed, one by Working Chairman of a recognized State Political Party, Kerala Congress (Mani), and the other by a Member of the said party, aggrieved by an order in Dispute Case of the 1st respondent, Election Commission of India. In Ext.P1, by a majority of 2:1, the Election Commission of India held that the group of the said Party led by the 2nd respondent is the Kerala Congress (Mani) and is entitled to use its name and its reserved symbol “Two Leaves” for the purpose of the Election Symbols (Reservation and Allotment) Order, 1968.

The prime grounds on which the petitioners in the writ petitions seek relief are that:

(1) consequent to deletion of Paragraph 3 from the Xth Schedule to the Constitution of India and after the insertion of Part IV-A in the Representation of the People Act, 1951 especially Section 29-A therein, Paragraph 15 of the Symbols Order has become redundant;

The High Court noted that even after insertion of Section 29-A in the year 1988, the Hon’ble Apex Court in the judgment in Subramanian Swamy vs ECI and  Sadiq Ali vs ECI with approval in which judgment it was held that in case of a split, the Commission has been authorized to determine which of the rival groups or sections is the party which was entitled to the symbol.