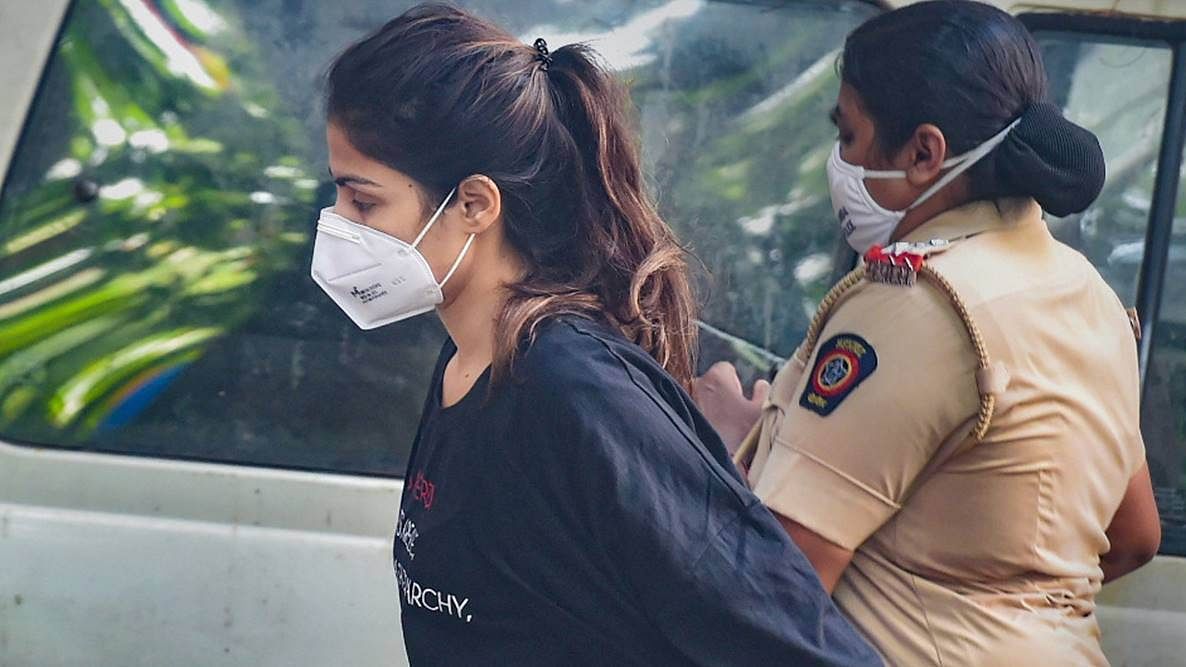 The Bombay High Court structured its views in a high profile matter concerning Rhea Chakraborty, (the appellant) and released her on bail after applying stringent restrictions upon her. The matter was headed by J. Sarang V. Kotwal in the matter of Rhea Chakraborty versus The Union of India & State of Maharashtra [CRIMINAL BAIL APPLICATION (STAMP) NO. 2386 OF 2020], where it was observed that there’s no weightage on the view seeking after her release, she would destroy the evidences and alarm others involved in the act.

The court reiterated that when the applicant was produced before the court for her first remand, her custody was not initially endeavored by the investigation agencies which meant that the investigating team were satisfied with her cooperation.

The case began with a secret information received by NCB where they arrested many dealers including Anuj Keshwani who alleged to be in connection with the appellant and her brother. The applicant was summoned under section 67 of NDPS Act and it was later revealed that Sushant Singh Rajput was the one who took drugs even before the appellant met him whereas the NCB department contented that they had ample evidences to prove that the appellant was involved in drug trafficking thus according to NCB, section 27A of NDPS Act would be applicable.

The learned counsel of the applicant contended that there was no commercial quantity recovered from her end, and she could only be alleged to procure drugs for Sushant Singh Rajput and there were links available to show small quantity of drug consumed which in a bailable offence. He submitted that section 27A was not applicable as she never monetarily aided Sushant Singh Rajput as he was financially well off. The amount which the applicant spent i.e., about Rs.27,000 could not be proven to be spent for procuring drugs. Since the appellant and her brother were not linked with Anuj Keshwani, the recovery effected from him was immaterial. Since the mobile of Sushant Singh Rajput was not collected, which makes it a missing link between the evidences and drug trafficking by Rhea. The counsel further contented that highest the applicant could be accused of would be for the offence of an abettor in the offence of consumption by SSR and according to the SC judgement, the matter was to be investigated by CBI and not by any other agency.

The court held that “Importantly all these penal Sections take into account the quantity of the contraband to prescribe a particular sentence. The penal Section like Sections 19, 24 and 27A are not quantity specific. They make no reference to the quantity of the substance involved”. Also that “If Section 27A is applied to the activities mentioned in Sections 8, 18, 20(b), 21, 22 and 23, then classification of offences for sentencing purposes depending on the quantity will lose all its significance. Section 27A is a different provision, though, the activities mentioned in these Sections are common”.

The court observed that “For every sale or purchase, there can be use of money. But, that will not mean that either of the parties has “financed” the transaction. Such sale and purchase are separately prohibited and made punishable under Section 8(c) read with Section 20 and other similar Sections. Therefore, “financing” is something more than just paying for purchase and other activities involving contraband as defined under Section 8(c). Contravention of that Section and indulging in activities mentioned in Sections 20, 21, 22 and 23 incur punishment depending on the quantity of the contraband”.