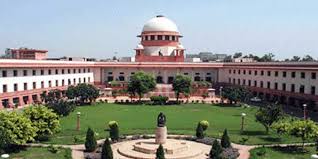 Supreme court sheds light on the SC/ST Atrocities Prevention Act in a property Dispute. Talking about the Scheduled Castes and the Scheduled Tribes (Prevention of Atrocities) Act, 1989, the court stated that relying merely on the fact that the complainant was a member of the SC or ST community, would not imply the conviction of the accused under the Act. This was held in the case of Hitesh Verma v. The State of Uttarakhand & Anr. [Criminal Appeal No. 7070 of 2020], benched by J. L Nageswara Rao, J. Hemant Gupta and J. Ajay Rastogi.

The present appeal challenged the dismissal of a petition filed by the appellant in the High Court of Uttarakhand pleading for the quashing of a charge sheet. The FIR in question was filed by the respondent under section-504 and 506 of the IPC and section-3(1)(r) of the Act, claiming that the accused hurled death threats and caste related abuses at the respondent and her family. The appellant argued, relying on Gerige Pentaiah v. State of Andhra Pradesh & Ors [(2008) 12 SCC 531], wherein the complaint was quashed, stating that the issue in dispute were property related and the caste of the respondents had no significance.

The SC, while reading the long title of the Act, induced that “The Act was enacted to improve the social economic conditions of the vulnerable sections of the society as they have been subjected to various offences such as indignities, humiliations and harassment. They have been deprived of life and property as well. The object of the Act is thus to punish the violators who inflict indignities, humiliations and harassment and commit the offence as defined under Section 3 of the Act. The Act is thus intended to punish the acts of the upper caste against the vulnerable section of the society for the reason that they belong to a particular community.”

However, relying on the case of Khuman Singh v. State of Madhya Pradesh [(2019) SCC OnLine SC 1104], the court stated that “offence under the Act is not established merely on the fact that the informant is a member of Scheduled Caste unless there is an intention to humiliate a member of Scheduled Caste or Scheduled Tribe for the reason that the victim belongs to such caste. In the present case, the parties are litigating over possession of the land. The allegation of hurling of abuses is against a person who claims title over the property. If such person happens to be a Scheduled Caste, the offence under Section 3(1)(r) of the Act is not made out.”

The SC, hence, ruled for the quashing of the charge sheet and found that any charges under the Act  not made out and further stated that property dispute and the criminal case will be tried together by a competent authority, although separately initiated, since the two are in respect of the same subject matter.