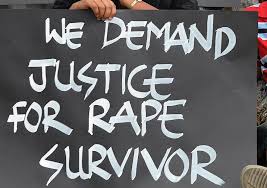 The Supreme Court directs Allahabad High Court to keep an eye on the CBI probe into the matter of Hathras gang-rape and murder case. This judgement was headed by the Honorable Chief Justice of India S. A. Bobde, Justice A. S. Bopanna and Justice V. Ramasubramanian in the case of Satyama Dubey & ors versus Union of India & Ors. [WRIT PETITION (CRIMINAL) No. 296 of 2020].

The petitioner and other appealing parties were mainly disturbed with the fact that how brutally the girl was killed after being raped and was not cremated by her religious rites. Later the appeal was made to this court to have a fair investigation and seek justice for the 19-year-old girl residing in Hathras, Uttar Pradesh and the case to be transferred from U.P to Delhi for a fair trial.

The court requested Allahabad High Court remove the facts from the order passed by the high court which disclose the details of the victim’s family. Further the Senior Advocate Indira Jaising submitted that “Investigation has been botched up completely and the FIR does not even have a number”, so a fair trial was not proceeded by the State of Uttar Pradesh. The court opinioned that it was open to the view of transferring the matter in future but for now the matter is to be monitored by the Allahabad High Court under the CBI probe.

Before the case was taken up by the Supreme Court, the high court already made an appeal for a CBI investigation in the concerned matter for a fair trial “which is not within the administrative control of the State administration”.

Thus they were of the view to transfer the matter to the CBI or to form an SIT under a sitting or retired Judge of the Supreme Court/ High Court from the plea which contended that the “Petitioner herein is demanding justice for the victim for the brutal attack, rape and murder of the victim”.

The court directed that “On this aspect we are also of the view that it would be appropriate for investigating agency to complete the investigation and in any event since the local police have been divested of the investigation and the CBI is carrying out   the   investigation   there   would   be   no   room   for apprehensions   at   this   stage.     However, the   issue   as   to whether the trial of the case is to be transferred is a matter which is kept open to be considered if need arises in future”.