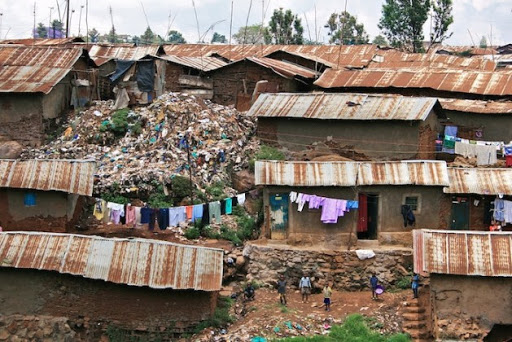 In the case of Dev Pal Vs Ghaziabad Development Authority & Ors. [PIL No. 1185 of 2020] Hon’ble Chief Justice Govind Mathur and Justice Siddhartha Varma held that, it is the responsibility of the State to protect everyone, more specifically the population of weaker sections from any hardship that may aggravate their plight adversely.

The factual matrix necessary to be noticed was that Bhovapur Basti falls within the jurisdiction of Ghaziabad Development Authority. In the Basti aforesaid, labourers coming from different parts of the country are residing and some of the labourers are involved in occupation of rag-picking. As per the petitioner, the District Administration, Ghaziabad at the instance of Ghaziabad Development Authority is continuously making efforts to remove the residents of the Basti aforesaid without providing them any alternative land for their rehabilitation.

It was asserted that some of the houses of Bhovapur Basti were damaged as an effort was made to evict the residents from the Basti aforesaid. Apprehending complete demolition of houses in the Basti, the instant petition for writ was preferred praying for an issuance of a writ, order or direction in the nature of mandamus thereby directing the respondent -Ghaziabad Development Authority to not undertake any further demolition and or eviction of the residents.

According to the learned counsel of the petitioner, the residents of Bhovapur Basti whose houses have been demolished are having no roof to protect themselves and they are just sitting below the open sky. It was further submitted that the respondents have acted arbitrarily and they  intend to demolish the remaining houses in next coming few days.

According to the petitioner, the residents of the Basti aforesaid cannot be evicted without providing them an alternative place of residence as prescribed under the Proviso to Section 26-A of the Uttar Pradesh Planning and Development Act, 1973. It was submitted by the Respondents that the residents of Bhovapur Basti are trespassers and therefore, the encroachment made by them are required to be removed.

Court observed that, “As per the averments contained in the petition for writ, Bhovapur Basti is existing since 1990. The residents of Bhovapur Basti are coming from lower section of the society and looking to the need for rehabilitation of such persons, the State Legislature under the Act of 1973 protected their right of residence under the Proviso to Section 26-A in the following terms- Provided that any encroachment made on public land by a person belonging to weaker section on or before the date of commencement of the Uttar Pradesh Planning and Development (Amendment) Act, 1997 shall not be removed until alternative land or accommodation is offered to rehabilitate him in such manner and on such terms and conditions as may be prescribed.”

Court held that, “In view of the Proviso aforesaid, prima-facie we are satisfied that the Ghaziabad Development Authority should have offered a place to rehabilitate the residents of Bhovapur Basti before their eviction and the demolition of their houses. No further demolition is allowed.”