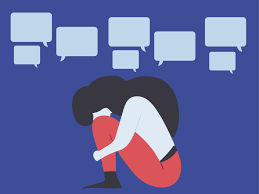 In the case of Babul Supriyo Vs State of West Bengal & Anr. [CRR 903 of 2017 with I.A No: CRAN 2 of 2017] Calcutta High Court held that it is expected from a representative of the people that he must be courteous in his behaviour, dignified in his manners and cautious on his words spoken by him.

In the wake of a political turmoil after arrest of a leader of opposition party in Lok Sabha, a national debate was held and telecast by a national channel, NDTV 24 X 7. In the said national debate the petitioner, an elected MP in course of such debate, when the opposite party was opposing the petitioner’s contention, he made a comment, “Mohua, are you on Mohua?”

According to the opposite party the said comment was derogatory alluding of the intoxicating liquor called Mohua which is drunk in many tribal areas in India. She also alleged that the petitioner made such comment at the fag-end of the programme. The opposite party could not raise any protest against the said remark. However, the anchor of the programme immediately reprimanded the petitioner and asked him not to make any personal remark in course of debate.

According to the opposite party such remark made by the petitioner against her caused great offence and distress and was clearly a violation of Section 509 of the Indian Penal Code. The said comment was patently untrue, false and made to maliciously defame her. The opposite party accordingly lodged an FIR against the petitioner and petitioner was arrested. The petitioner had filed an application under Section 482 of the Code of Criminal Procedure praying for quashing of the charge-sheet.

The opposite party-respondent submitted that-

The Hon’ble Supreme Court observed that, “On careful reading of the judicial pronouncement by the Hon’ble Supreme Court in various cases, it is found that the test for ascertaining if modesty has been outraging or not lies on determination of the question as to whether the act by the accused is capable of shocking the sense of decency of the woman. The sense of decency of the woman, if considered to explain the term ‘modesty’ within the meaning of Section 354 is her sex. Similarly, where a woman is made to feel ashamed of her sexual dignity, i.e, lowering the sexual honour of a woman in her own eyes, she feels insulted within the meaning of Section 509 of the Indian Penal Code.”

Court held that, “The petitioner, it is already stated, at the relevant point of time was a Member of Parliament. He took solemn oath to bear faith and allegiance to the constitution. By making such defamatory statement to a woman, the petitioner prima facie, not only humiliated dignity and honour of a woman, but also violated his constitutional oath. If doubt is raised in the mind of people from the utterances made by the petitioner that the at the relevant point of time she was drunken and intoxicated, this would of course an act of imputation intending to harm the reputation of the opposite party and such deliberate utterance made by the petitioner was defamatory statement within the meaning of Section 499 of the Indian Penal Code.”