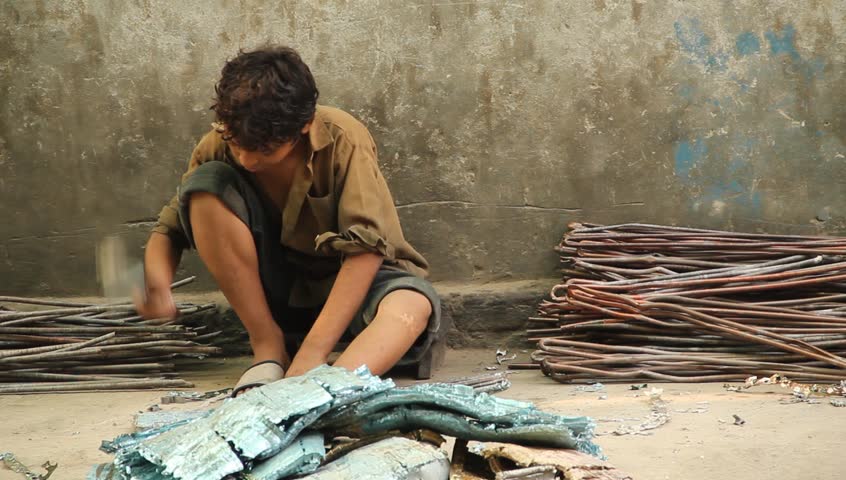 Universally the power structure in the society has always been weighed towards the haves and therefore, the have-nots of the society need protection from exploitation. This is applicable for each and every aspect of the society when magnified and looked into. India is no exception. The concept of social justice, economic justice and political justice came into picture when the employers, started exploiting as a result of which relationship with workers became fragile, heated and intense. Various legislation were passed over decades to safeguard the rights of the workers inclusive of their family members after independence. In India, over two hundred state and around fifty central labour laws were passed. These labour laws were passed in accordance to various subjects such as payment of gratuity and wages, safety and security of workers, working hours, conditions of employment and service, equality and empowerment of women, prohibiting child labour etc. The laws were passed in the best interest of the workers rather than the employers. However, immense power was given to the employers and in order to settle the disputes between workers themselves or employer and worker, various trade unions and associations were set up for fast track dispute resolution for maximisation of the productivity of an industry or a factory, rather than wasting manpower on regular strikes.

As we progressed towards the achievement of highest attainable justice in this facet, the presence of wide gap was identified which was an outcome of too many laws which made it complex, with archaic provisions and inconsistent definitions. It was advised that the laws should be clubbed together to improve ease of compliance and ensure uniformity.

In 2019, the Ministry of Labour and Employment introduced four Bills to consolidate the 29 central laws. These codes covered wages, industrial relations, and social security, along with occupational safety, health and working conditions.These Wage Bill was passed in 2019 and the rest were replace with new Bills by the government on September 19, 2020. The three new labour codes are:

This article aims to highlight the significant features of these bills in accordance to the old laws and discuss the major drawbacks to know why they are being criticized nationwide.

The Code on Industrial Relations governs working conditions, trade unions, retrenchment and layoffs, dispute resolution, and establishes industrial tribunals. It is consolidation of Industrial Disputes Act 1974, the Trade Unions Act 1926 and the Industrial Employment (standing orders) Act, 1946. In 2019 Bill, it was provided that all the industrial establishments with 100 workers or more must prepare standing order on the matters outlaid in the Schedule of the Code but in 2020, the bill was revised and the number of workers has been increased to 300. Under this code, notice must be given atleast 14 days in advance to employers in a case of calling a strike. The Code focuses on reskilling fund that would help in teaching skills to the retrenched workers. This provision was inserted keeping in mind the current incidents of lay off and retrenchment throughout the world. The industrial establishments with at least 300 workers now have to take prior permission for lay-off and retrenchment from government. With rise in cases of retrenchment and lay-offs, such disputes will be classified as an industrial dispute where worker can apply to the tribunal 45 days after the application for conciliation of the dispute was made. Every industrial establishment with at least 20 workers must have a Grievance Redressal Committees for resolution of employee’s grievances.

The Code replaces thirteen labour laws and outlines duties of both employers and employees. It also contemplates safety standards of various group of employees and sectors in which they are working by focusing on leaves, break time, health and working conditions for the workers which is in accordance to the Factories Act,1948. The definition of ‘factory’ according to the new code is an establishment with 20 workers where manufacturing process is carried out with power and 40 workers, where manufacturing process is carried out without power. Every establishment that involves hazardous process will be regarded as a factory irrespective of the number of workers. The code is progressive as it recognises the rights of transgenders where they will also be allowed to work with optimal working conditions, washrooms and locker rooms separate from male and female workers under Section 23 of the Code and recognises the the right of contractual labourers. It is also employer friendly as it grants them the flexibility to employ workers on fixed-term basis, on basis of requirement. These workers who will be employed on a fixed term basis will be entitled to statutory benefits at par with the permanent workers. This also leaves room for easy hire and fire of workers which is not in the best interest of workers. Women will be entitled to work before 6 am and beyond 7pm with consent where they are given ample security, safety and other essential facilities by the employers. The code has fixed a limit for working hours of eight hours in a day.

The code has successfully defined migrant labourers as “any person who moves on his own to another state and obtains employment at the place where he/she is earning Rs. 18,000/- per month or above.” The most affected group of workers in this pandemic can now avail certain benefits guaranteed by this code such as insurance & provident fund benefits etc. The state and central government are required to maintain a record of details of such migrant laborer in a portal, so that help and benefits are extended to them in times of global health crisis. A Social Security fund is also to be established that would serve for welfare of unorganised workers solely.

This code will replace nine social security laws including the Maternity Benefit Act, Employees’ Provident Fund Act and Employee’s Compensation Act. The Code aims at extending social security to all workers and has recognized all agricultural workers, migrant workers and gig workers as a part of the labour laws for the first time. It also reduces the time limit of receiving gratuity payment from a period of continuous service for five years to a period of one year for all kinds of employees, including  fixed term contractual and daily wage workers. A proper registration procedure of such workers will also be conducted. The Code has expanded the representation of central government and state governments to ten members each in the National Social Security Board for unorganised workers. Also, the code has focused on giving powers to Central government during an epidemic or national disaster to reduce employer’s or employee’s contributions for provident fund and ESI.

BENEFIT OF THE LABOUR CODES

DISADVANTAGES OF THE LABOUR CODES

The labour bill was presented in Parliament and passed in a time which is less than a week. In the present scenario of pandemic, the workers have faced their worst times in India when compared with any other country across the world. A bill which should have been highly debated about, in the best interest of the employees or workers has now become a law with heaps of loopholes that could shake the very essence of social justice enshrined in these labour laws. What needs to be understood is that an economy which shows increasing inequality, poor financial growth and an underperforming education sector must relentlessly innovate on its large cash transfer programme, on the public distribution system, on schemes like MGNREGS and on new ideas like negative income taxes. All of this should be done ensuring that the old problems of leakages are solved bit by bit.

The Code has taken progressive steps and it would be completely wrong to say that the Code has only drawbacks. Interpretation of the provisions has always opened a new purview for obtaining the required objective of the law. Hence, the role of judiciary to sketch out the outline and limits of the labour code is to be heavily relied upon. It is still early to comment on whether it is a boon or a bane to the fate of workers and employees.