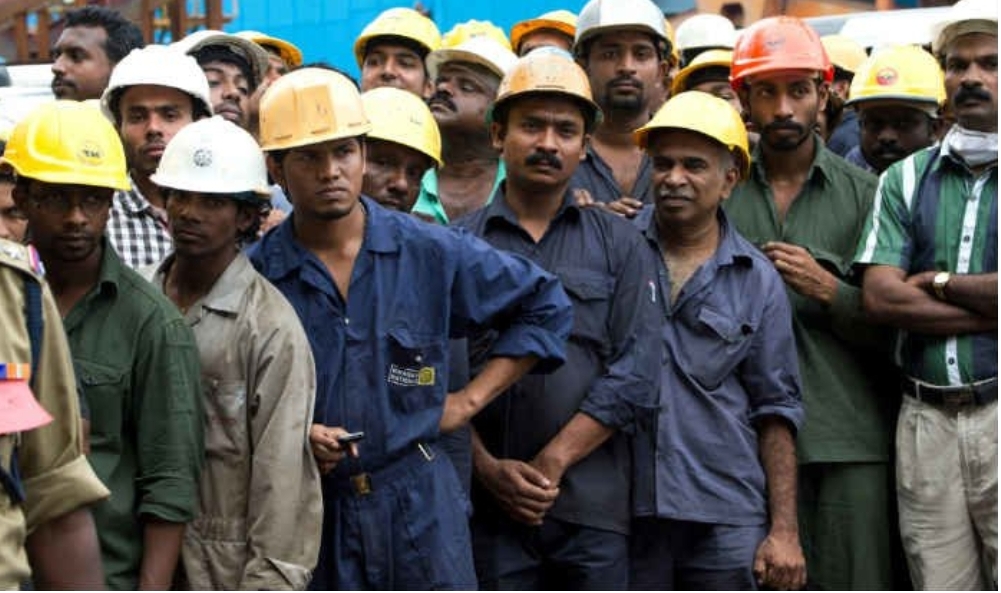 In the case Gujarat Mazdoor Sabha & Anr Vs State of Gujarat [Writ Petition (Civil) No. 708 of 2020], Justice Dhananjaya Y Chandrachud held that the need to protect labour welfare and combating a public health crisis occasioned by the pandemic must be balanced and in accord with the rule of law.

The present petition has been filed under Article 32 of the Constitution to challenge the validity of a notification issued by the Labour and Employment Department of the State of Gujarat under Section 5 of the Factories Act to exempt all factories registered under the Act “from various provisions relating to weekly hours, daily hours, intervals for rest etc. for adult workers”. The exemption is granted to factories till 19 October 2020. The said notification has been justified on the ground that industrial employers are faced with financial stringency in the economic downturn resulting from the outbreak of COVID -19.

The petitioner-trade unions contended that Section 5 of the Factories Act defines the expression ‘public emergency’ as a ‘grave emergency’ which threatens the security of India or of any part of the territory by war, external aggression or internal disturbance. Applying the interpretation of the expression ‘internal disturbance’ it will have a meaning which derives context from ‘war’ and ‘external aggression’ which endangers the security of India and would not include a pandemic or a lockdown.

Section 5 contemplates an exemption only to an individual factory or to a class of factories, and not a blanket exemption that extends to all factories. The notifications do not specifically exempt the application of Section 59 of the Factories Act which mandates payment of double the wages for overtime. Yet they make overtime wages proportionate to the existing wages, which also violates the spirit of the Minimum Wages Act, 1948 and amounts to forced labour violating the workers’ fundamental rights under Article 23, 21 and 14.

The Respondent- state submitted that COVID-19 pandemic is a ‘public emergency’ as defined in Section 5 of the Factories Act. It has disturbed the ‘social order of the country’ and has threatened the even tempo of life in the State of Gujarat as well. As a result of the outbreak, emergency measures were required to be adopted to protect the existence and integrity of the State of Gujarat. Under the notifications, workers are only allowed to work for three additional hours than the normal work day. Factories have also been directed to compensate the workers proportionately for the extra working hours. There is no exploitation of labour and factories are also able to sustain themselves and the notifications are not in violation of Articles 14, 21 and 23 of the Constitution.

The question before the Court in this petition was whether the COVID-19 pandemic and the ensuing lockdown imposed by the Central Government to contain the spread of the pandemic, have created a public emergency as defined by the explanation to Section 5 of the Factories Act.

Under Article 352, an internal disturbance must be of the order of an armed rebellion threatening the security of India to proclaim an emergency. Similarly, in order to sustain a valid exercise of power under Article 356 on the ground of an internal disturbance, it must be of such a nature as to disrupt the functioning of the constitutional order of the State; in other words, it must be of such a nature that the government of a state cannot be carried on in accordance with the Constitution.”

The court pronounced that, “The pandemic has put a severe burden on existing, particularly public health, infrastructure and has led to a sharp decline in economic activities. The Union Government has taken recourse to the provisions of the Disaster Management Act, 2005.12 However, it has not affected the security of India, or of a part of its territory in a manner that disturbs the peace and integrity of the country. The economic hardships caused by COVID–19 certainly pose unprecedented challenges to governance. However, such challenges are to be resolved by the State Governments within the domain of their functioning under the law, in coordination with the Central Government. Unless the threshold of an economic hardship is so extreme that it leads to disruption of public order and threatens the security of India or of a part of its territory, recourse cannot be taken to such emergency powers which are to be used sparingly under the law. Recourse can be taken to them only when the conditions requisite for a valid exercise of statutory power exist under Section 5. That is absent in the present case.”

The notifications make significant departures from the mandate of the Factories Act. They

Speaking for a Constitution Bench of this Court, in Bhikusa Yamasa Kshatriya (P) Ltd. vs. Union of India [AIR 1963 SC 1591] it was observed that “Employment in a manufacturing process was at one time regarded as a matter of contract between the employer and the employee and the State was not concerned to impose any duties upon the employer. It is however now recognised that the State has a vital concern in preventing exploitation of labour and in insisting upon proper safeguards for the health and safety of the workers.”

The court relied on Y A Mamarde vs. Authority under the Minimum Wages Act [(1972) 2 SCC 108], where this court in the context of a contemporary legislation, the Minimum Wages Act, 1948, interpreted the concept of overtime pay at double the rate of the ordinary wage, as a minimum endeavour of just compensation for the significant additional labour that is utilized by a worker, after having toiled in the ordinary course of the day.

The court held that “Clothed with exceptional powers under Section 5, the state cannot permit workers to be exploited in a manner that renders the hard-won protections of the Factories Act, 1948 illusory and the constitutional promise of social and economic democracy into paper-tigers. It is ironical that this result should ensue at a time when the state must ensure their welfare.”